It’s Clear That America Is Deeply Polarized. No Election Can Overcome That

People watch a projector on a boarded up storefront in Lafayette Square, Washington D.C., Nov. 3, 2020.
Elizabeth Bick for TIME
Ideas
By David French
French is a senior editor at The Dispatch and a columnist for Time. His new book is Divided We Fall: America's Secession Threat and How to Restore Our Nation. He is a former major in the United States Army Reserve.

On the morning of election day, Americans faced two competing narratives. On the one hand, there was a veritable avalanche of polling data indicating the possibility – even probability – of a blue wave election not seen since Barack Obama’s 2008 rout of John McCain or Bill Clinton’s defeat of Bob Dole.

On the other hand, we had decades of data and experience telling us that America was closely (and intensely) divided. Americans are by and large entrenched in their political and cultural tribes, and virtually nothing can budge them out of their partisan voting lanes.

As the votes started to roll in, and the hopes of a blue wave election dissipated just as quickly as the states of Florida and Texas counted their votes, the electoral outcome grew momentarily cloudy just as the underlying national realities grew ever-more clear. Once again, the polls were wrong. America remains deeply polarized, few voters are truly persuadable, and angry gridlock will likely dominate Washington D.C.

Rarely in American history has so much happened and still changed so little. In 2020 alone, the House impeached the president, a pandemic killed more than 230,000 Americans and seriously sickened countless more, we endured a historic economic collapse, and a shocking act of police brutality in Minneapolis ripped the scabs off America’s racial divisions, leading to protests and civil unrest in cities and towns from coast-to-coast.

Any one of those events would be historic and traumatic. All of them together have rendered 2020 uniquely painful for the American public. Yet, politically, it’s remarkable how these seismic events have led to very little political change.

It’s worth noting here the role of the Electoral College and the Senate. It’s virtually certain that the GOP has lost the popular vote for the sixth time in the last seven presidential elections, yet, at the same time, it has no real reason to believe that either the presidency or the Senate are slipping beyond its grasp. In fact, the GOP’s hold on the Senate seems likely. The result is a sense of increasing political frustration from a majority of the nation, and they have no real path to reform a system they cannot control.

And so the nation’s politics look like a version of trench warfare, where massive effort is expended to achieve the most incremental gains and the emotional and financial costs of stalemate only escalate.

But data is inadequate to capture the pain and intensity of human feelings. Our social media timelines are full of stories of broken relationships and fractured families. Many of us can tell stories of old friendships grown cold.

Analysts will spill gallons of virtual ink analyzing the reasons for the polling failures of November 3rd. But, honestly, we should have known the numbers were suspect. They flew in the face of everything we know about our modern age. The presidency may change hands, but the fundamental reality of American politics and culture remain the same. Our nation is deeply divided, our partisans are very angry, and there is no immediate prospect for change. 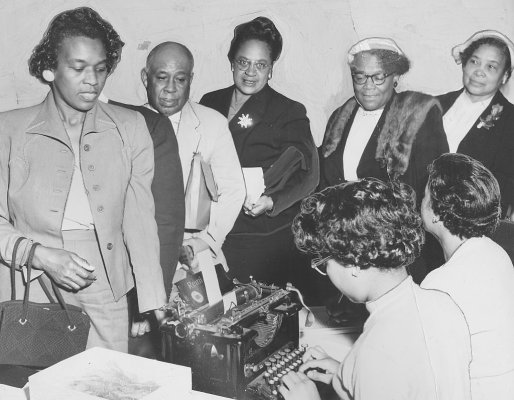 The Inspirational Stories of Americans Who Fought to Vote
Next Up: Editor's Pick