Some claim that the founding fathers chose the Electoral College over direct election in order to balance the interests of high-population and low-population states. But the deepest political divisions in America have always run not between big and small states, but between the north and the south, and between the coasts and the interior.

One Founding-era argument for the Electoral College stemmed from the fact that ordinary Americans across a vast continent would lack sufficient information to choose directly and intelligently among leading presidential candidates.

This objection rang true in the 1780s, when life was far more local. But the early emergence of national presidential parties rendered the objection obsolete by linking presidential candidates to slates of local candidates and national platforms, which explained to voters who stood for what.

Although the Philadelphia framers did not anticipate the rise of a system of national presidential parties, the 12th Amendment—proposed in 1803 and ratified a year later— was framed with such a party system in mind, in the aftermath of the election of 1800-01. In that election, two rudimentary presidential parties—Federalists led by John Adams and Republicans led by Thomas Jefferson—took shape and squared off. Jefferson ultimately prevailed, but only after an extended crisis triggered by several glitches in the Framers’ electoral machinery. In particular, Republican electors had no formal way to designate that they wanted Jefferson for president and Aaron Burr for vice president rather than vice versa. Some politicians then tried to exploit the resulting confusion.

Enter the 12th Amendment, which allowed each party to designate one candidate for president and a separate candidate for vice president. The amendment’s modifications of the electoral process transformed the Framers’ framework, enabling future presidential elections to be openly populist and partisan affairs featuring two competing tickets. It is the 12th Amendment’s Electoral College system, not the Philadelphia Framers’, that remains in place today. If the general citizenry’s lack of knowledge had been the real reason for the Electoral College, this problem was largely solved by 1800. So why wasn’t the entire Electoral College contraption scrapped at that point?

At the Philadelphia convention, the visionary Pennsylvanian James Wilson proposed direct national election of the president. But the savvy Virginian James Madison responded that such a system would prove unacceptable to the South: “The right of suffrage was much more diffusive [i.e., extensive] in the Northern than the Southern States; and the latter could have no influence in the election on the score of Negroes.” In other words, in a direct election system, the North would outnumber the South, whose many slaves (more than half a million in all) of course could not vote. But the Electoral College—a prototype of which Madison proposed in this same speech—instead let each southern state count its slaves, albeit with a two-fifths discount, in computing its share of the overall count.

Virginia emerged as the big winner—the California of the Founding era—with 12 out of a total of 91 electoral votes allocated by the Philadelphia Constitution, more than a quarter of the 46 needed to win an election in the first round. After the 1800 census, Wilson’s free state of Pennsylvania had 10% more free persons than Virginia, but got 20% fewer electoral votes. Perversely, the more slaves Virginia (or any other slave state) bought or bred, the more electoral votes it would receive. Were a slave state to free any blacks who then moved North, the state could actually lose electoral votes.

If the system’s pro-slavery tilt was not overwhelmingly obvious when the Constitution was ratified, it quickly became so. For 32 of the Constitution’s first 36 years, a white slaveholding Virginian occupied the presidency.

Southerner Thomas Jefferson, for example, won the election of 1800-01 against Northerner John Adams in a race where the slavery-skew of the electoral college was the decisive margin of victory: without the extra electoral college votes generated by slavery, the mostly southern states that supported Jefferson would not have sufficed to give him a majority. As pointed observers remarked at the time, Thomas Jefferson metaphorically rode into the executive mansion on the backs of slaves.

The 1796 contest between Adams and Jefferson had featured an even sharper division between northern states and southern states. Thus, at the time the Twelfth Amendment tinkered with the Electoral College system rather than tossing it, the system’s pro-slavery bias was hardly a secret. Indeed, in the floor debate over the amendment in late 1803, Massachusetts Congressman Samuel Thatcher complained that “The representation of slaves adds thirteen members to this House in the present Congress, and eighteen Electors of President and Vice President at the next election.” But Thatcher’s complaint went unredressed. Once again, the North caved to the South by refusing to insist on direct national election.

In light of this more complete (if less flattering) account of the electoral college in the late 18th and early 19th century, Americans should ask themselves whether we want to maintain this odd—dare I say peculiar?—institution in the 21st century.

SHARE THIS STORY
Each product we feature has been independently selected and reviewed by our editorial team. If you make a purchase using the links included, we may earn commission.
Read More From TIME
Read Next 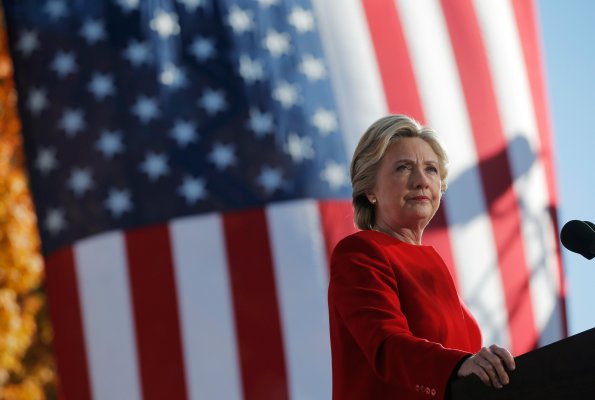 How Hillary Clinton Is Going to Win Today
Next Up: Editor's Pick