Mike Pence and Kamala Harris Face-Off Tonight. Here's What to Expect From the Vice Presidential Debate

Vice President Mike Pence and Democratic vice presidential candidate Kamala Harris will take the stage tonight in a high-stakes debate that will be the first and only between them. Less than a month from Election Day, the face-off will unfold in the context of President Donald Trump’s COVID-19 diagnosis, his experimental treatment, and his subsequent decisions to leave the hospital, risk the health of his staff, and play down the severity of a disease that has already left more than 210,000 Americans dead.

The debate is scheduled for 9 p.m. Eastern and will take place at the University of Utah in Salt Lake City.

Pence’s presence on the debate stage has already been a source of controversy. The Vice President recently attended at least two events with people who were later diagnosed with COVID-19, then worked from home for a few days as more than a dozen White House associates tested positive. Pence has since tested negative at least twice, but even some members of his own party have argued that attending campaign events is an unnecessary risk, given Trump’s uncertain health and the VP’s status as next-in-command.

The Biden and Trump campaigns were reportedly arguing over stricter protocols as of Tuesday, the Washington Post reported. The two candidates are expected to stand several feet farther away from one another on the stage than originally planned, and were reportedly set to be separated by a wall of Plexiglass. But the Trump campaign was reportedly eschewing the need for such a screen. “We don’t have enough details on who is ill and who is not,” says Colleen Kraft, associate chief medical officer at Emory University Hospital, in an email to TIME, “but as long as the attendees are screened, or tested, and there is risk mitigation by spacing, this can proceed.”

On the debate stage, Pence faces a series of uphill challenges. For one, he will likely be asked to portray the Administration’s unpopular response to COVID-19 in the best possible light, while simultaneously deflecting blame for its many blunders. For another, he will be asked to project stability, seriousness, and continuity of leadership at a time when the sitting President’s health is uncertain. Finally, audiences will be looking to the Vice President for both optimism and assurances that the Trump campaign, which has been trailing Biden by an average of about 9 points, remains viable.

“The stakes for Pence are momentous,” says Dan Eberhart, a Phoenix-based GOP donor, who framed the debate as the first presidential election debate of the 2024 cycle. “There’s never been a vice presidential debate that’s going to be as consequential as this one, with the President…just released from the hospital suffering from COVID-19 while the sitting Vice President debates as his potential successor.”

Eberhart says he was frustrated with Trump’s debate performance last week because the President doubled down on appealing to his base, rather than attempting to reach out to persuadable voters. He says he hopes Pence will strike a more serious tone.

Meanwhile, the expectations are high for Harris, too. A former prosecutor, Harris has in the past excelled in high-pressure public-speaking settings. Perhaps her most memorable moment during the primary was in attacking former Vice President Joe Biden over his record on busing — questions that she later struggled to answer herself. In the Senate, her deft questioning of people like Attorney General Bill Barr and now-Supreme Court Justice Brett Kavanaugh on the Senate Judiciary Committee burnished her reputation in the chamber.

After Biden tapped her as his running mate in August, Harris has largely stayed out of the spotlight except for her speech at the Democratic National Convention. If the bar is for a running mate to do no harm, Harris just has to continue doing what she has been doing.

But as the first Black woman to be a vice presidential candidate, Harris is also more likely to face unfair standards because of her identity. One recent comparative media analysis commissioned by TIME’S UP Now looked at coverage of Harris, Pence, and Senator Tim Kaine, the Democratic vice presidential pick in 2016, in the weeks surrounding the announcement of each of their additions to the presidential ticket. It found that about 25% of Harris coverage evoked racist or sexist tropes, and that coverage prioritized Harris’s family background over her career. When sexist gender descriptors came up in coverage, the analysis found they were “nearly exclusively derived from comments by President Trump.” It also found that the “Angry Black Woman” trope was the most common racist trope employed, driven by Trump’s characterizations of Harris.

As a result of these realities, experts suggest that Harris will have to perform more of a rhetorical balancing act than a white, male counterpart might. She is expected, for example, to have to maneuver more nimbly around the fact that Biden has cast himself as a transitional candidate, and may have to be careful in discussing the topic of the President’s ongoing illness. “It might make [Trump] a more sympathetic figure, but I think regardless of whether he had a COVID-19 diagnosis or not, there was likely to be some spin of her being too aggressive or that her questioning was problematic,” said LaFleur Stephens-Dougan, assistant professor of politics at Princeton University. “Damned if she does, damned if she doesn’t.”

Given the almost complete lack of substance in the first debate, some see an opportunity for Harris to refocus the conversation. “There’s going to have to be some policy in this actual debate, whereas the presidential debate was truly just a nightmare, right? It didn’t have rhyme or reason,” says Jasmine Sessoms, CEO of She Can Win, an organization that focuses on electing women to positions of power. Sessoms says that Harris could bring up the pandemic response, health care and economic equality. “Anytime you’re on a national stage, debating the incumbent, the stakes are always higher,” she says. “I do believe that most people don’t expect much from the debate.”

Both campaigns are navigating quickly-shifting political ground. It wasn’t so long ago that the death of Supreme Court Justice Ruth Bader Ginsburg was the leading story in American politics. Senate Republicans are planning to move forward with Judge Amy Coney Barrett as a replacement, which will soon make the Supreme Court the top story again.

Though voting is already underway in many places, there are about four weeks left until Nov. 3. Plenty of news cycles can squeeze onto that time frame. 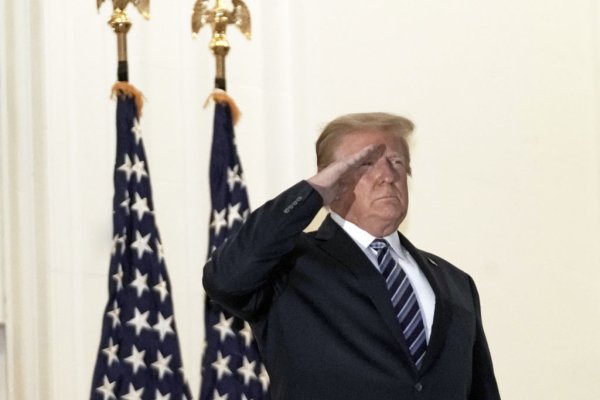 Why Trump Is A Super-Spreader Of COVID Disinformation
Next Up: Editor's Pick