Luca Guadagnino's HBO Drama We Are Who We Are Is Heady, Gorgeous—and Strangely Inert

Fraser is an angsty 14-year-old New Yorker with painted fingernails and a fuzzy upper lip. He reads William S. Burroughs, listens to the androgynous ’70s East Village singer Klaus Nomi and twirls derisively through basketball games, as though mocking the very idea of sports. Sometimes his petulance crosses over into violence. It makes him hard to like.

Caitlin is part of a wild clique. She has a boyfriend but seems ambivalent about sex. A beautiful late bloomer, she’s begun to have an effect on guys that incites fearsome outbursts from her older brother. There’s something uncomfortable about how close she is with her father. And sometimes, she puts on a loose button-down shirt, stuffs her long, wavy hair into a cap and lets girls mistake her for a boy.

In We Are Who We Are—a sensual, immersive but weirdly inert HBO drama from Call Me by Your Name and Suspiria director Luca Guadagnino that premieres on Sept. 14—the two teens are interlocking puzzle pieces. They become neighbors in the months leading up to the 2016 Presidential election, when Fraser’s (Jack Dylan Grazer of It) mom Sarah (Chloë Sevigny) is named commander of a U.S. Army base in Italy, uprooting him as well as her wife Maggie (Queen of the South star Alice Braga), an Army physician. After he catches Caitlin (self-possessed newcomer Jordan Kristine Seamón) in drag—quietly accepting what her beloved, MAGA-hat-wearing military dad (Kid Cudi) would surely not—Fraser introduces her to the concept of nonbinary gender identity. She helps him feel less alone in a strange land. They make each other make sense.

The show develops characters and relationships to the near exclusion of plot, with the first two episodes covering Fraser’s arrival at the base from his perspective, then again from Caitlin’s. When the story finally starts to move, what emerges isn’t a galvanizing problem so much as a sense that each character, no matter how seemingly clear, will come to surprise us. Sarah is dominant at work and in her marriage but absorbs violent attacks from her emotionally disturbed son. Characters are more flexible in their identities than meets the eye. Guadagnino lingers on blurred binaries—straight and gay, Black and white, adolescence and adulthood, love and hate. The base is, itself, a liminal space: a tiny, almost imaginary American dot on the map of Italy.

It’s a lovely, if increasingly common, theme—one that is fleshed out in languid scenes of beach trips, street festivals that end in fireworks displays, secretive all-night gatherings. When Caitlin, Fraser and their friends get swept up in collective ecstasy, still shots freeze the action, as if to commemorate the brief fusion of so many different consciousnesses. The cultural references, from Frank Ocean on the soundtrack to a peach pie that sent me back to the, er, juiciest scene of Guadagnino’s own masterpiece, serve a real, emotional purpose. In the standout fourth episode, set almost entirely at one of those endless, bittersweet teenage parties that attendees leave feeling inexplicably changed, an intoxicated Black boy tries to prove to a rival that he has depth. What comes out is a line from Kendrick Lamar’s “Alright” (which itself quotes Alice Walker’s The Color Purple): “Alls my life I has to fight.” An inscrutable character suddenly becomes slightly more legible.

Such moments, when time dilates and an audiovisual medium achieves almost tactile vividness, are Guadagnino’s trademark. Yet his sensibility doesn’t fully translate to TV. While a movie is self-contained, We Are Who We Are doesn’t generate enough narrative momentum in early episodes to either hook weekly viewers or fuel an eight-hour binge. The distinction between film and TV has been whittled down to near non-existence, now that the pandemic has made almost all video into home video. Auteurs from David Lynch to Paolo Sorrentino to Jane Campion have adapted their signature styles to a serialized format. But that doesn’t mean every transition to serialized storytelling will be seamless. Guadagnino, for one, might have to settle for being a master filmmaker. 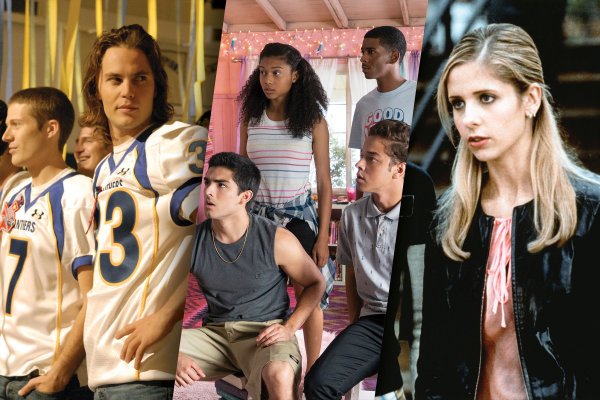 TV's 10 Best Teen Dramas of All Time, Ranked
Next Up: Editor's Pick