Hurricane Katrina Showed Us How Spectacularly the Government Can Fail Its People. Fifteen Years Later, the Pattern Continues

Floodwaters from Hurricane Katrina fill the streets near downtown New Orleans on Aug. 30, 2005
David J. Phillip—AP
Ideas
By Andy Horowitz
Andy Horowitz is the author of Katrina: A History, 1915-2015

Angela Perkins made it to the convention center in New Orleans. When she finally reached what was supposedly a shelter of last resort, nobody was there to offer help. She dropped to her knees, closed her eyes and cried, “Help us, please!”

It was September 1, 2005, three days after Hurricane Katrina made landfall and New Orleans’s levee system had collapsed, and most of the city was underwater. Hundreds of people had drowned. The survivors remained in terrible danger, after days without food or water, their strength fading in the blistering heat. At the convention center, Perkins summoned the attention of the people around her, each as desperate as the next, and led them in a chant as a photographer took her picture. The following day, it appeared on the front page of the New Orleans Times-Picayune, under a huge headline drawn from her plea: “HELP US, PLEASE.”

The image of her despair shot around the world, one in a barrage of emblems from the ongoing catastrophe: people stranded on roofs, some waving American flags, others white towels. People wading through floodwater. People marooned on highway overpasses. Babies wilting in the relentless sun. Bodies floating face down. Roofs arrayed like tombstones in the dark water.

Many white people discounted these pitiful images of a failing state as depicting a woeful exception, something that could only happen to poor people, or Black people, in one exotic city. But horrifying as they remain, they no longer seem so out of place today. In the years since, during Hurricanes Sandy, Maria and Harvey, neighborhoods across the nation have sunk. Problems with obvious solutions – replace the lead pipes in Flint, Michigan! – go on seemingly without end.

And now comes COVID-19. While most other countries seem to have passed through the most turbulent stretches of the struggle to contain the virus and to mitigate its costs, the United States remains unmoored, dangerously careening between the shoals of medical and economic collapse, with the worst days still ahead of us.

Having written a book on Katrina, I am not surprised by our current catastrophe, nor are many of my fellow New Orleanians, who always understood that Katrina was not an exception, but a harbinger: increasing numbers of Americans live in a country where the local, state and, most of all, federal government is unable to provide the basic protections that most people believe to be their right as citizens of the United States and their due as members of the human family.

Consider the series of spectacular government failures that defined the catastrophe in Louisiana 15 years ago. The Army Corps of Engineers proved unable to engineer a hurricane protection system that protected against hurricanes. The Federal Emergency Management Agency proved unable to manage emergencies. The Department of Homeland Security proved unable to secure the homeland. The Commander in Chief proved unable to command. In Louisiana, nearly 2,000 died.

Angela Perkins drops to her knees asking for help among thousands of people gathered at the New Orleans Convention Center waiting in the aftermath of Hurricane Katrina on Sept. 1, 2005
Melissa Phillip—Houston Chronicle/AP

The pattern continues with the pandemic. The Centers for Disease Control proved unable to control disease. The Department of Health and Human Services proved unable to serve human health. The Strategic National Stockpile disregarded strategy and stockpiled little. The President and his cronies, meanwhile, continue to reduce the vast executive branch to an extension of their own cruel and covetous whims. More Louisianans have died of COVID-19 already than died during Katrina.

The most harrowing part is that, in both cases, while nobody wished for these failures, many people worked hard to produce the circumstances that brought them about.

When made by those with power, claims of government impotence are self-fulfilling prophecies. After decades of attacking the legitimacy of the federal government – and the idea of society itself – conservatives have successfully depleted our commonwealth. Insufficient and regressive tax rates have forced federal and state governments to divest from what had once been regarded as essential services.

These politicians draw their support from white people whose commitment to white supremacy leads them to believe that it is better to forgo public funding and public services altogether than to have to share them with African Americans. Racism has undermined white people’s support for government to help any American, regardless of race.

Refracted through a blinding faith in the efficacy and morality of the so-called free market, a belief in white supremacy also has led many white people to blame victims for their own misfortune. It happened during Katrina, for example, when conservatives accused African Americans of “choosing” not to evacuate, and it’s happening again now, as conservatives discount the suffering of African Americans because of their so-called “pre-existing conditions.”

In reality, it is no accident that African Americans suffer disproportionately at the hands of a system that was often built to exclude them from its benefits, if not rob them outright. By design, these failures fall hardest on people whom the state has long structured as expendable. But once the levee fails, the flood can threaten everyone; once the virus spreads, everyone is at risk.

Fifteen years ago, it was easier, perhaps, for some people to imagine Katrina as happening out on the American margin. Such a fate could never befall me, they thought. Today – quarantined, unemployed, in mourning, and in fear – that prophecy has proven dangerously naïve. 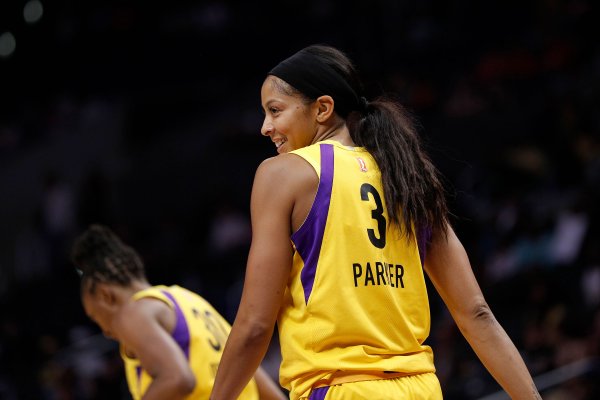 "We Don't Need Men To Save Us." WNBA Star Candace Parker on Making Her Vote Count on the 100th Anniversary of Women's Suffrage
Next Up: Editor's Pick