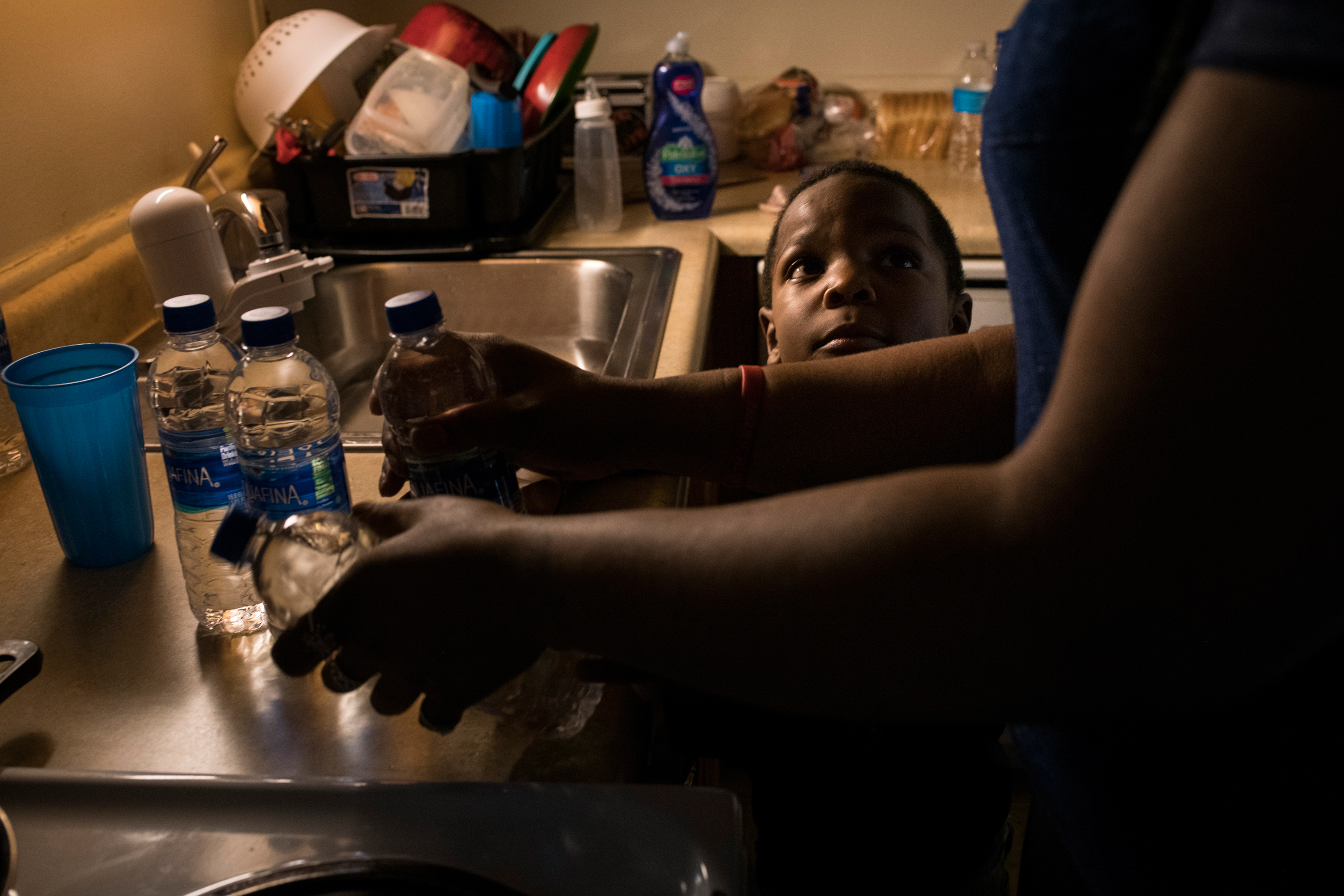 By Josh Sanburn | Photographs by Brittany Greeson for TIME

It’s too hopeful to think the Flint, Mich., water crisis is over. Five years ago this month, the city began using the corrosive Flint River as its main source of water, which ate away the city’s pipes and leached lead into the drinking water of thousands of residents.

Eighteen months later, the city reconnected to Detroit’s clean water supply after studies confirmed what parents had been telling officials: that lead from their taps was poisoning their families. Since then, the state of Michigan has declared Flint’s water safe to drink. Thousands of lead-tainted pipes have been replaced. More than a dozen officials connected to one of the worst health disasters in U.S. history are facing criminal charges.

But for many residents, the crisis continues. Flint’s families still stand in line for cases of bottled water. Parents are still fearful of lurking health problems. And many residents still refuse to trust what flows from their taps, no matter what the state says.

“Our kids are still sick and at risk,” says ­Ariana Hawk, the mother of Sincere Smith, the now 6-year-old boy who became the face of the water crisis after being featured on the cover of TIME in January 2016. “Families are broken up. Families are dying.”

Sincere hides his face after getting picked up from school in April 2018.
Brittany Greeson for TIME

Soon after the story appeared, Hawk moved Sincere and her four other children to nearby Swartz Creek, where the water’s fine. Sincere’s health improved, and his rashes disappeared. “His skin was perfect,” says Hawk, 28.

But the family returned after they lost some of their benefits by relocating, Hawk says. Sincere’s rashes came back too. (He wanted to wear pants all summer to hide his scaly skin, she says.) His fear of water never left him.

“He talks about how it’s poison,” she says. “He doesn’t trust water.”

Like many others, the family is back to waiting in line for bottled water. While the state stopped giving out bottles last year, some distribution centers are still operating, thanks to donations.

Hawk sometimes waits for four hours to get two free cases at a time. But mostly she buys water — five cases on Monday, five more cases on Thursday — so she and her kids can cook and bathe and brush their teeth like any other ­American family.

Hawk starts to put her youngest son to sleep as the rest of her kids eat dinner.
Brittany Greeson for TIME

The health problems are not limited to Sincere. Two more of Hawk’s children — Kwame, 12, and Aliana, 4 — have tested positive for lead poisoning. Kwame has difficulty remembering and focusing, while Aliana has asthma. “I’m scared that the next shower will be her last,” Hawk says, adding that showers and baths are limited to five minutes at a time, twice a week.

Aliana’s father died from bacterial pneumonia in 2016, which Hawk believes was part of an outbreak of Legionnaires’ disease linked to the water crisis. The disease spiked in Flint over the past few years, killing 12 people and sickening at least 87.

Flint is making some progress. About 8,000 of the city’s estimated 18,000 lead-tainted service lines have been replaced. The rest could be swapped out as early as this summer. In October, Flint’s public schools received an unexpected gift from entrepreneur Elon Musk, who gave almost $500,000 to provide filtration systems for their water.

But the shadow haunting Flint won’t be fully visible for years. Lead poisoning can lead to debilitating developmental problems, so parents won’t know the extent of the damage until a generation of kids like Sincere, carrying lead in their bones, grows up.

For now, Hawk is trying to keep others in her community aware that the crisis is not over. She organizes water drives and hands out bottles to senior-­citizen homes. “We just take care of each other,” she says.

Sincere picks up his ball while bowling for his sixth birthday party in Grand Blanc, Mich., on Feb. 4.
Brittany Greeson for TIME
More Must-Read Stories From TIME