'Latinx' Is Gaining Popularity. But New Research Says Only 3% of U.S. Hispanics Use the Gender-Neutral Term

A protester holds a sign that says, "Latinxs For Black Lives Matter" among the large crowd in Foley Square in New York City on June 02, 2020.
Photo by Ira L. Black/Corbis via Getty Images
By Jasmine Aguilera

Latinx has been increasingly used by politicians, mainstream media and universities. But new research suggests the majority of people who Latinx is meant to describe have never even heard of the term.

A new study by the Pew Research Center found that only 23% of people in the U.S. who self identify as Hispanic or Latino have heard of the term Latinx. An even smaller percentage—only 3%—describe themselves as Latinx, a gender-neutral and inclusive alternative to Latino or Hispanic, particularly for people who identify as LGBTQ+.

Pew surveyed 3,030 U.S. Hispanic adults in December 2019. It is the first time the research center has asked about Latinx in particular, and the new research shows that though Latinx by far isn’t as frequently used as a way to identify in the U.S., it has grown in popularity.

“In the last 20 years in the U.S. we’ve started to have conversations that have begun to change the ways in which we talk about gender identity, and this isn’t just about Latinx,” says Mark Hugo Lopez, director of global migration and demography research at Pew. “Latinx is happening at the same time that there’s a broader movement around gender identity and using gender neutral terms.”

Hispanic and Latino have significantly more reach than Latinx, Lopez says. Hispanic as a self-identifying term was created by the U.S. federal government in the 1970s in order to better identify people by ethnicity. Later in the 1990s, the Hispanic population began self-identifying as Latino, which the federal government then also adopted. But Latinx, with its origins in American academia about 20 years ago, has not yet been widely used by federal or state governments.

“So both of these terms, Hispanic and Latino, have the weight of the federal government behind them, which helps a lot in the adoption of a term,” Lopez says. Latinx, meanwhile, is relatively recent and hasn’t been adopted by the federal government, “but that doesn’t mean that it’s not going to gain traction in use among the population,” Lopez adds. “That may be what we’re seeing now.”

Christopher Cuevas, 28, identifies as Latinx and non-binary. They’re the executive director of QLatinx, an organization based in Orlando, Fla., founded after the June 2016 mass shooting at Pulse Nightclub. “The language needs to evolve, needs to grow, with the evolution of our identities,” Cuevas tells TIME. “While I may not self-identify with the terms Latino or Latina, I can identify with [Latinx]. Or there’s the reverse, some folks may self-describe as Latino or Latina but understand that there are also folks who would feel more comfortable aligning with Latinx.”

It was in June 2016 after the Pulse Nightclub shooting, Pew found, that there was a substantial rise in Google searches for the term Latinx. The LGBTQ+ nightclub was hosting Latin Night when a gunman entered and killed 49 people on June 12, 2016. Many in Orlando’s LGBTQ+ community had already been identifying as Latinx before the shooting, according to Cuevas, but afterwards more journalists and members of the public began to recognize Latinx as a way to self-identify.

“As queer people, as trans people, our identities are constantly in a state of evolution,” Cuevas says. “And as trans and non-binary folks in particular, we’re often left out of the discourse around Latinidad.” They add that much of Latino culture is tied to masculinity and religion, which often places LGBTQ+ Latinx folks on the fringe.

“The term Latinx is really a term that queer and trans folks are owning and claiming affinity with because it helps to describe our experiences,” Cuevas says.

A greater percentage of young people have heard of Latinx and are more likely to use it compared to older people, according to Pew. But even among young people, there is a split in usage between women and men. Among Latinas between the ages of 18-29, 14% say they use Latinx to describe themselves, compared to only 1% of Latinos in that age group. Pew found that Latinos with college experience or a college degree were also more likely to have heard of Latinx or identify as Latinx.

Hector Luis Alamo, a 35-year-old writer and podcaster based in Las Vegas, says he takes issue with Latinx and calls it an academic term. “The average Latino person, male or female, isn’t offended by the word Latino,” he tells TIME. “Intellectually I get the argument for Latinx…If you want to self-identify as Latinx, hey, feel free, you can use whatever words you want, but to impose them on me, to say that if I don’t use Latinx then I’m not being inclusive enough or that I’m being binary or misogynistic is ridiculous.”

While the term Latinx has roots in the U.S., there is a movement across Latin America to try to adopt gender neutral terminology where gendered language exists. In Argentina, for example, there is a growing movement to adopt “Latine,” a similar concept to “Latinx.”

One limitation to the study, Lopez says, is that the survey was conducted in December 2019. Since then, U.S. Latinos have been disproportionately impacted by COVID-19 and George Floyd was killed by police in Minneapolis, sparking national protests and debate around race in the U.S.

“The context could be very different today than it was back then, but I’m not sure how much of a difference it would make,” Lopez says. “Maybe [Latinx] is getting used more as people talk about Black Lives Matter…but it remains to be seen.” 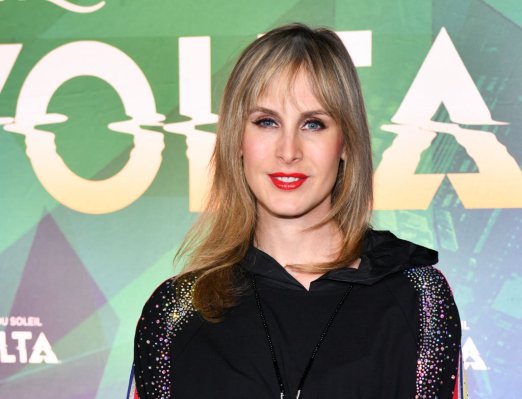 Zackary Drucker on Telling Trans Stories
Next Up: Editor's Pick