It all started with a resurfaced story NASA “discovered” a 13th zodiac sign—Ophiuchus, or the serpent-bearer. Anyone born between November 29 and December 17 would no longer be a Scorpio or a Sagittarius, but an Ophiuchus. Scorpio’s window would be cut to just seven days and the entire astrology chart would shift, meaning some Pisces and Leos and Libras would have different star signs. As astrology lovers online started to panic, NASA gently waded into the online fray to set the record straight.

“We see your comments about a zodiac story that re-emerges every few years,” the space agency wrote in a tweet. “No, we did not change the zodiac.” It includes a link to a Tumblr post that explains what actually happened.

In a blog post, NASA patiently explains the difference between astronomy (“the scientific study of everything in space”) and astrology (“[i]t’s not considered a science”). NASA then notes that the zodiac signs are simply constellations that are in line with the Earth and the Sun as the planet follows its orbit. Earth actually travels through 13 signs, including Capricorn, Aries, and, yes, Ophiuchus, but some 3,000 years ago the Babylonians—not NASA—decided 12 was neater than 13, so excluded the 13th zodiac sign and divided the zodiac into 12 parts based on the 12 months of their calendar, according to NASA.

“The line from Earth through the sun points to Virgo for 45 days, but it points to Scorpius for only 7 days. To make a tidy match with their 12-month calendar, the Babylonians ignored the fact that the sun actually moves through 13 constellations, not 12. Then they assigned each of those 12 constellations equal amounts of time,” NASA explains in their post.

Back in 2011, as TIME reported, astronomers from the Minnesota Planetarium Society found that because of the moon’s gravitational pull on Earth, the alignment of the stars has shifted, so the sun points to different parts of the zodiac at different times. “So, we didn’t change any zodiac signs…we just did the math,” the space agency’s blog post concludes.

That post was originally written in 2016, but as the story of a shifting zodiac circulates once again, NASA has retweeted it again.

While the Tumblr post it linked too is fairly straight forward, the staid space agency gets a little spicier in its take on astronomy on its early education site. “No one has shown that astrology can be used to predict the future or describe what people are like based only on their birth date,” NASA writes on their children’s site. “Still, like reading fantasy stories, many people enjoy reading their ‘astrological forecast’ or ‘horoscope’ in the newspaper every day.” 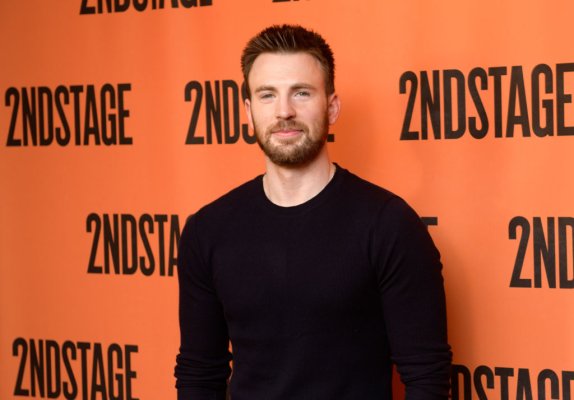 Chris Evans Sent a Captain America Shield to a Young Hero
Next Up: Editor's Pick