NASA Administrator Jim Bridenstine said in a statement that Jackson was “part of a group of very important women who helped NASA succeed in getting American astronauts into space.”

“Mary never accepted the status quo, she helped break barriers and open opportunities for African Americans and women in the field of engineering and technology,” Bridenstine said.

Jackson’s story resonated around the world in the popular movie Hidden Figures, which was based on the 2016 book by Margot Lee Shetterly: “Hidden Figures: The American Dream and the Untold Story of the Black Women Mathematicians Who Helped Win the Space Race.” (Jackson’s character in the film was played by actress Janelle Monáe.)

The the Mary W. Jackson NASA Headquarters building is located on Hidden Figures Way — the portion of a street infront of the headquarters that was renamed in 2019 after a bipartisan bill approved by Congress.

“Hidden no more, we will continue to recognize the contributions of women, African Americans, and people of all backgrounds who have made NASA’s successful history of exploration possible,” Bridenstine said.

Jackson, a mathematician and aerospace engineer, officially became NASA’s first Black female engineer in 1958. She started out with NASA in the segregated West Area Computing Unit of the agency’s Langley Research Center in Hampton, Virginia, before leading “programs influencing the hiring and promotion of women in NASA’s science, technology, engineering, and mathematics careers,” NASA’s press release said. She posthumously won the Congressional Gold Medal in 2019.

Before pursuing a career in aerospace, Jackson was a math teacher, worked as a bookkeeper and as a U.S. Army secretary.

Jackson’s family also expressed gratitude to NASA and reverence for Jackson. “We are honored that NASA continues to celebrate the legacy of our mother and grandmother Mary W. Jackson,” said, Carolyn Lewis, Jackson’s daughter. “She was a scientist, humanitarian, wife, mother, and trailblazer who paved the way for thousands of others to succeed, not only at NASA, but throughout this nation.”

The announcement quickly drew appreciation from a number of astronauts.

Dr. Mae Jemison, the first African American woman to travel in space said on Twitter that she was “extremely pleased” by the news and that “engineering, building dreams into reality, innovation and daring the what may be believed impossible are defined by Mary W. Jackson and at the heart of NASA!”

NASA astronaut Christina Koch, who was selected as an astronaut by the agency in 2013, said that Jackson was a “hero to so many,” including her.

Leland Melvin, a former NASA astronaut who was later drafted by the NFL to play for the Detroit Lions, thanked Jackson for allowing him and many others to “explore the Cosmos.” 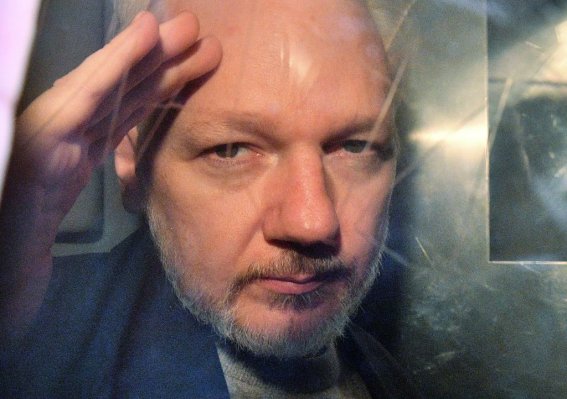 Assange Accused of Conspiring With Anonymous Hackers
Next Up: Editor's Pick