How the Entertainment Industry Is Reckoning With Racism, From Changing Band Names to Canceling TV Shows

When protesters began flooding the streets of Minneapolis last month after the police killing of George Floyd, they were decrying police brutality and systemic racism. There’s little doubt that something as far-removed from that grave situation as The Golden Girls was anywhere near top of mind.

But that 1980s sitcom, unrelated as it may seem, is one of the cultural institutions that has been affected by the reverberations of protests as they spread across the country and the globe. Statues are coming down; leaders are resigning after being accused of perpetrating racist structures; cultural works from the present and past alike are being scrutinized through new lenses. And when, on June 27, Hulu pulled an episode of The Golden Girls in which Blanche and Rose wear mud masks resembling blackface, it was just one of many concrete actions taken in recent weeks as platforms, gatekeepers and creators reconsider both past output and the future of their organizations.

Here are the many ways in which the cultural world is changing in response to the protests.

TV shows are being canceled or reconsidered

A still from the 23rd season of the TV series 'Cops.' The show was canceled by Paramount Network in early June.
20thCentFox/Everett Collection

As calls to defund the police have intensified, networks have canceled two reality shows that some say glorify police violence: Cops, which was about to air its 33rd season on the Paramount Network, and Live PD, which was A&E’s top-rated series.

Another cop show, the comedy Brooklyn Nine-Nine, is changing its new season to reflect the protests. “We have to start over. Right now we don’t know which direction it’s going to go in,” cast member Terry Crews told Deadline.

Jenna Marbles, one of YouTube’s early stars, announced she would discontinue her main YouTube channel, which included scenes in which she wore blackface and used slurs to mock an Asian man. “I’m sorry if any of that holds any nostalgia for you, but I’m literally not trying to put out negative things into the world,” she said.

TV episodes are being removed from streaming services

In addition to The Golden Girls, dozens of other shows or episodes that have featured blackface are being scrubbed from streaming services. Tina Fey requested that four episodes of 30 Rock containing blackface be removed from streaming, digital rental and TV syndication; Greg Daniels, the creator of The Office, edited out a scene of the episode “Dwight Christmas” that features a character briefly in blackface.

Episodes of Community, It’s Always Sunny in Philadelphia and Scrubs were pulled for the same reason. And Netflix removed both Little Britain and several of comedian Chris Lilley’s shows, including Summer Heights High and Jonah From Tonga, for their extensive use of blackface.

While many creators apologized for their usage of blackface, some defended their work, saying they deployed it in a critical and self-conscious manner. After an episode of the sketch show W/ Bob & David was pulled from Netflix, for example, co-creator David Cross wrote on Twitter that “the point of this was to underscore the absurdity” of a “ridiculous, foolish character.”

Disclaimers have been added to outdated works

In mid-June, HBO Max pulled Gone With the Wind from their catalog before reinstating it with a pre-movie note that reads, “the film’s treatment of this world through a lens of nostalgia denies the horrors of slavery, as well as its legacy of racial inequality.” They also tacked on a spoken prologue, which can be viewed on YouTube, from film professor and Turner Classic Movies host Jacqueline Stewart.

A 1975 episode of the John Cleese sitcom Fawlty Towers underwent a similar process. Initially, The BBC removed the episode from their streaming service, as it contained a number of racial epithets. But Cleese and others lobbied to keep it up, saying it was a critique and not a glorification.

The network then announced it would put the episode back up with “extra guidance and warnings … to highlight potentially offensive content.”

Shane Dawson, who has been called the “king of YouTube,” came under fire for videos in which he wore blackface, mocked those with disabilities, sexualized minors and made anti-Semitic comments. While YouTube did not remove his channel, they did take away his advertising revenue for an indefinite period of time.

White actors are stepping down from voicing Black characters

It has not been uncommon for Black characters on animated shows to be voiced by white actors—but that’s beginning to change. Jenny Slate announced that she would no longer voice the biracial character Missy on Netflix’s Big Mouth, writing, “Black characters on an animated show should be played by Black people.” Kristen Bell followed suit, ceding the role of Molly on the new Apple TV+ show Central Park, and so did Mike Henry, who has voiced Cleveland on Family Guy and The Cleveland Show for two decades. (Following his announcement, Wendell Pierce threw his hat in the ring to play the character.)

The Simpsons announced that longtime Springfield residents of color like Dr. Hibbert and Carl Carlson would no longer be voiced by white actors. (In February, Hank Azaria stepped down from the role of Apu.)

Bands are changing their names

Two ultra-famous bands with names tied to the Confederacy have rebranded. Lady Antebellum shortened their name to Lady A, writing in a statement that “blindspots we didn’t even know existed have been revealed.⁣⁣⁣” (Unfortunately, they missed the fact that a Black singer has gone by Lady A for two decades.) The Dixie Chicks dropped the “Dixie” from their name to become The Chicks in advance of a new album, Gaslighter.

Meanwhile, Splash Mountain, which is not a band but a water ride at Disney World, is shaking its connection to the antebellum south: it will replace its Song of the South-based plotline with one derived from The Princess and the Frog.

Leaders of arts organizations are stepping down

The CEO and co-owner Second City stepped down from his post after being called out by many former Black members. In his resignation note, he wrote that he “failed to create an anti-racist environment wherein artists of color might thrive.”

The executive director of the Victory Gardens Theater in Chicago resigned; so did the president of the Poetry Foundation, after a scathing open letter was signed by more than 1,800 poets. And the artistic director and co-founder of the Signature Theater in Arlington, Va., stepped down after accusations of sexual misconduct.

Other performers and creatives have been fired

Writer-producer Craig Gore was fired from an SVU spinoff after posting a message online threatening protesters. The actor Hartley Sawyer was fired from The Flash after old racist and misogynistic tweets resurfaced.

On Vanderpump Rules, four cast members were fired: two for sending racist tweets, and two for reporting a Black co-star to the police.

The Academy of Motion Picture Arts and Sciences announced it would be amending its rules to help make Oscar eligibility more inclusive. Netflix said it would give 2 percent of its cash going forward to financial institutions and organizations that directly support Black communities.

The Flea, in downtown Manhattan, was called out for “racism, sexism, gaslighting, disrespect and abuse,” and responded by announcing that it will pay all of its artists. And the Walker Art Center in Minneapolis announced it would cut ties with the police. 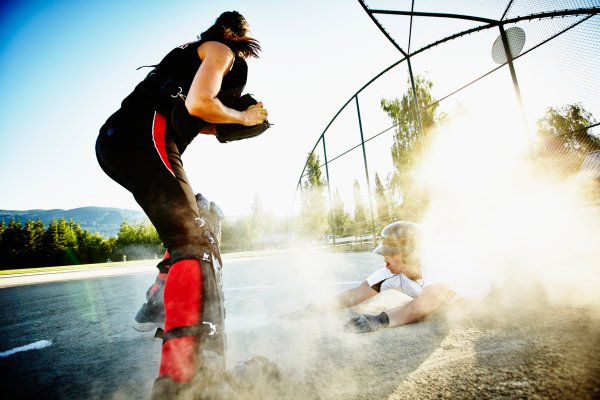