Taking Down Statues Isn't Enough. We Need to Radically Rethink How We Celebrate Power

The plinth of the statue of Edward Colston in Bristol, England, is now surrounded by messages of support for the Black Lives Matter movement, June 11, 2020.
James Beck—The New York Times/Redux
Ideas
By Thomas J Price
Thomas J Price is a London-based multi-disciplinary artist working across the mediums of sculpture, film, photography and performance to explore representation in its many forms. Since 2005, his work has focused on figurative sculptures and has been exhibited across the U.K. and in Toronto, with forthcoming installations in London, Montreal, Milwaukee and New York. Follow him on Instagram at @tpstudio

A few days after protesters pulled down a statue of British slave trader Edward Colston in Bristol, a statue of the Jamaican-born actor Alfred Fagon in the same city was vandalized with bleach. That’s not a coincidence. It’s a very pointed comment and shows there’s clearly a lot of feelings and emotions attached to the idea of what these individuals represent.

Public sculptures and statues have been used to signpost, to exemplify what power looks like and to maintain the systems of power. Now, the public is looking at its representations of people and delving into history, instead of glossing over uncomfortable parts of the past and moving on.

We have to look at what these sculptures are and what they were intended as initially. In the U.S., they were intended to celebrate Confederate generals. That is a belligerent, aggressive, conscious act, because it normalizes a racist mentality and psyche. When we look at the U.K., it’s so hard to see a statue of someone who made all of their money from slavery. Pulling down Colston’s statue is not removing history — it is creating a historical moment, and at the very least it’s acknowledging the existence of a new contemporary thinking. You can’t hide behind words like “tradition” and “history” if they’re used to neutralize any kind of discussion about change.

Now we’re thinking about who gets to make these replacements, and it’s a process that shouldn’t be rushed. The immediate response to Colston’s statue has been to ask: who do we put there instead? There’s currently a petition to instate a statue of Paul Stephenson, the leader of the Bristol bus boycotts. There could well be a sculpture like that and we could find alternative figures from history, but I think that’s still playing the game of aggrandizing particular individuals and setting people apart.

For me, it’s not a zero-sum game. There’s almost a sense of entitlement from white creators, to think that they have the solution. White artists are putting themselves forward to create replacement sculptures of slave owners with no sense of irony. That’s a savior complex, and that exemplifies what is wrong, when even the solution doesn’t involve the Black experience. Black lives matter, the Black experience matters, and Black quality of life matters. Black artists should be looked at first to replace many of these sculptures that may be removed. If we cannot see the irony in taking down a statue of a slave owner, and replacing it with work by an artist whose ancestors have benefitted from slavery, that’s an indication of even wider issues.

If we really want to engage with history, and utilize sculptures in public spaces to do so, then there needs to be consultation with the public on a case-by-case basis. We need to get a sense of what people feel. But people are only going to have feelings and opinions about things they already know, and that’s why I think that things can’t end at sculpture. Education in this country needs to be looked at from the ground up in terms of how we teach what the U.K. was built on, what the U.K., has done and what it represents. If we don’t understand that, we can’t move forward.

As a sculptor, I have always been interested in observing other people and trying to create empathy. One of my early projects was a large-scale stop-motion animation projection of a small brown Plasticine head, based on someone I saw who happened to be Black. My initial intention wasn’t to create works about race, but I realized that there was power in the figurative, and there was power in representing people who looked like me, because I could give a real insight to that experience.

All the figures I make are fictional, because I’m trying to critique the whole concept of portraiture. Portraiture is based on this idea of a person having the money to commission an artwork, or having done such great things that an artwork is commissioned in their honor. My characters don’t smile because that is a demand that is placed upon people like myself in order to not seem threatening. I want to remove that weight and that psychological pressure, and show that if you’re a Black person being represented in sculpture, you don’t have to be an athlete, or strike a pose, or fulfil an expectation.

These figures are imaginary people that do not conform to the expectations of dressing for success—they could be slouching, or they could be wearing a hoodie, like one of my pieces does, in reference to police shootings. The fact is: what you wear as a Black man can get you killed. As a Black man, you get used to being looked at with slight suspicion.

As well as celebrating our historical figures, I would like future sculptures to look like people that I recognize, helping to counter the endless stream of limiting tropes and identities for Black people, not just in the U.K., but in the U.S. and globally as well. There needs to be an openness and more nuanced understanding of what it means to be Black, and that’s only going to happen when there are people in positions of power to commission who understand where our art comes from.

I really hope we have some bravery and courage, and show a genuine desire to learn from and look into our past, and to incorporate those new understandings into our strategy for inclusion. We have an opportunity to create a more cohesive society if we choose to take it. Do we further ingrain the current system of choosing historical figures to represent the values we should aspire to? Or do we look for the commonalities we all share and embrace representations of those who have previously been stigmatized or invisible?

It’s not going to be popular at the beginning, and there will be people who are utterly against it because it threatens their understanding. But if we don’t as a society make that contract with one another to pursue something more radical, then the debate around statues is all just talk. 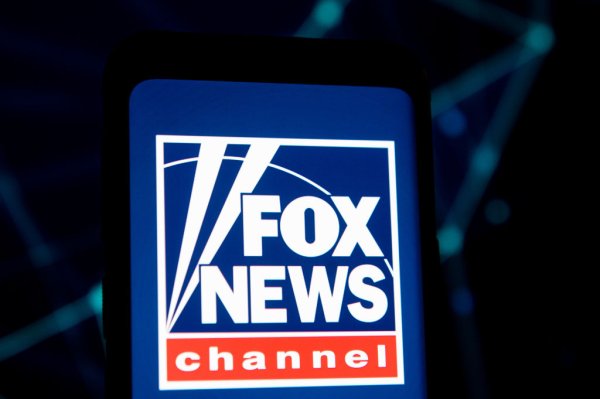