What Happens Next as Pakistan Lurches from Crisis to Crisis

A resident (R) wearing a facemask as a preventive measure against the spread of the COVID-19 coronavirus offers Friday prayers along with other Muslims at a mosque in Rawalpindi on March 13, 2020.
Aamir Qureshi —AFP/Getty Images
Ideas
By Ian Bremmer
Bremmer is a foreign affairs columnist and editor-at-large at TIME. He is the president of Eurasia Group, a political-risk consultancy, and GZERO Media, a company dedicated to providing intelligent and engaging coverage of international affairs. He teaches applied geopolitics at Columbia University’s School of International and Public Affairs and his most recent book is Us vs. Them: The Failure of Globalism.

I recently wrote about the countries that have delivered the world’s best coronavirus responses… and Pakistan wasn’t anywhere on the list. But that doesn’t mean Pakistan’s battle with coronavirus isn’t instructive for other countries. As the pandemic continues its march through the developing world, Pakistan stands out as a cautionary tale. Here’s why.

Much attention has been paid to strongmen using the cover of crisis to centralize more power for themselves—China, Russia, Belarus and Hungary are just a few of the countries with leaders refusing to let a good crisis go to waste. Something similar is happening in Pakistan, but with a twist—rather than power being seized by the country’s political leader, in this case former cricket star and current Prime Minister Imran Khan, the country’s woeful management of the coronavirus crisis is strengthening the country’s military.

Surveying the most successful coronavirus responses to date, some common themes pop out. Aggressive approaches to testing and isolation work. So does clear messaging, as do strong financial measures to support citizens dealing with both the health and economic fallout of the pandemic. Pakistan has done little of any of that. And while the country already has 170,000 confirmed cases and 3,300 deaths as of this writing, the trajectory points to much worse to come. Khan’s government had initially believed the COVID-19 caseload would peak in late May or the beginning of June, but have been forced to consistently revise that estimate—current estimates point to the peak coming sometime in late July or August, infecting over a million Pakistanis. That’s roughly a 600%+ increase compared to today. Too abstract? Think of it this way—the city of Karachi currently has 600 ICU beds for a city with roughly 20 million inhabitants.

Faced with such daunting projections, many countries around the world locked themselves down in drastic attempts to “bend the curve.” Unfortunately, Pakistan doesn’t have that luxury… and neither do many other emerging markets, a theme which will define the next phase of the crisis. Even before the pandemic hit, the Pakistani economy was struggling mightily; locking down and isolating isn’t an option for people living in overcrowded spaces, and when you work in the “informal economy” (as 72% of working Pakistanis do), working remotely isn’t an option either. Not to mention the locust infestation that has jeopardized the country’s ability to feed itself.

Pakistan’s ability to shut down its economy was limited to begin with, but the problems have been compounded by the Khan government, which vacillates from treating Covid as a serious threat to considering it nothing more dangerous than the common flu, making it difficult for Pakistanis to gauge just how seriously to take the threat. It has refused to ban religious gatherings at the behest of the mullahs. And it’s not like the Khan government had much political capital to burn—even before coronavirus grabbed headlines, 55% of Pakistanis believed Khan and his ministers were incompetent.

Without a majority in Parliament, the Khan government has had a cozy relationship with the country’s powerful military, who for years played an outsized role in the country’s political life (and helped get Khan elected), much to the chagrin of those pushing for Pakistan to become a genuine democracy (more on that below). While Khan was always hesitant to impose a lockdown given the economic costs it would entail, he was finally forced to take the issue more seriously once the military came out in favor of them. He had been constantly touting a “smart lockdown” approach that strategically shuts down hot spots as coronavirus cases flair, but which until this week was more rhetoric than actual policy. The Khan government’s healthcare response leaves plenty to be desired. Which brings us to the 18th amendment.

In 2010, the country passed the 18th amendment, transitioning the country from a semi-presidential system into a genuine parliamentary democracy by removing the president’s powers to dissolve parliament and to institute emergency rule unilaterally (in addition to abolishing the courts’ ability to approve suspensions of the constitution). The 18th amendment further decentralized power by establishing the prime minister and ministers as the federal government and gave more governing powers to provinces (including over healthcare), and with it more control over their finances and a greater share of the federal revenue. The 18th amendment is an important step for democracy in Pakistan, which has been under a military dictatorship multiple times since independence; in each case the military has imposed martial law, while relying on the courts to justify the move before taking over the presidency.

The Pakistani army has long had concerns over the 18th amendment, since it makes it harder for them to assert its influence over decentralized finances (robbing it of the ability to establish patronage networks and consolidate more power for itself). Army leaders equate the new powers granted to provinces with the “six point” movement, which led to the creation of Bangladesh, a stinging blow for Pakistan’s military. So it comes as little surprise that the Khan government, which relies on the army’s support to remain in power, has been pushing to make revisions to the law—in recent weeks, the Khan government has argued that one of the reasons why its healthcare response has been so lacking is precisely because of this decentralization of power and resources, and want to tweak it accordingly. But since the 18th amendment also gave provinces more power to determine their own healthcare policy, the army has used Khan’s own reticence to impose lockdowns for fear of the economic fallout to strengthen its own popularity… by supporting the provinces in the lockdown. In the meantime, an increasing amount of army officials have joined Khan’s cabinet, increasing concerns about how much divide there really is between the country’s military and its ostensibly civilian leadership.

Pakistan has plenty of problems heading its way over the next few summer months; in terms of the economy, in terms of public health, and in terms of society. It can now add a looming crisis of democracy to the list. 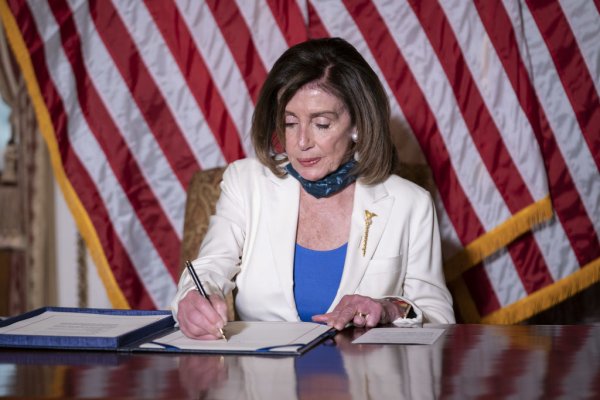