What Hungary's Viktor Orban's Power Grab Means for the E.U.

Hungary's Prime Minister Viktor Orban gives a joint press conference on March 4; A pedestrian wearing a protective face mask walks across a deserted square outside St. Stephen's Basilica in Budapest, Hungary on March 31
Michal Cizek—AFP/Getty Images; Akos Stiller—Bloomberg/Getty Images
Ideas
By Ian Bremmer
Bremmer is a foreign affairs columnist and editor-at-large at TIME. He is the president of Eurasia Group, a political-risk consultancy, and GZERO Media, a company dedicated to providing intelligent and engaging coverage of international affairs. He teaches applied geopolitics at Columbia University’s School of International and Public Affairs and his most recent book is The Power of Crisis

If you’re one of the world’s aspiring autocrats, coronavirus is Christmas in spring. No one has seized the opportunity more forcefully than Hungary’s Viktor Orban, who this week got Hungary’s parliament—where his right-wing Fidesz party commands a two-thirds supermajority—to pass him sweeping new powers to handle the coronavirus crisis. The mandate allows him to rule by decree, came with no expiration date, and with negligible oversight.

Times of panic are prone to exploitation by political strongmen. The overwhelming sense of fear and powerlessness that consumes individuals in crises moments like pandemics also causes them to look for leadership from anyone willing to offer it; never is a centralized government response more appreciated than in times of crisis. Even in genuine democracies, there’s a tendency towards stronger government in moments as chaotic as these.

What Orban just pulled off goes further than that. Make no mistake—this was an obvious power play by Orban, who was already ruling with emergency powers enacted back in 2015 during the European refugee crisis. But this week’s moves were also borne of necessity, as far as Orban is concerned—to be a successful autocrat in today’s world, you have to be an excellent manager of finite resources to feed the people and systems that ensure you remain in power.

While Hungary hasn’t been as overwhelmed by coronavirus as some of its European neighbors (as of this writing, Hungary has slightly more than 600 cases according to the Johns Hopkins Coronavirus Resource Center), the continent-wide crisis has already hit Hungary’s tourism industry, one of the easiest sources of cash for Orban and his patronage network. That means more cash and contracts being awarded to the Hungarian companies with closest ties to Orban, one of the ways the emergency powers can come in handy. But redirecting sources from a shrinking economic pie is unlikely to be enough. Orban has spent years pushing out foreign firms (through legislation and taxes) not willing to play along with his game in favor of business partners more willing to do his bidding. That’s a localizing trend that will continue across sectors like retail, finance and food processing—bad news for Hungary’s consumers (who will have to pay more for goods that are cheaper to produce outside their country), but good news for Orban’s network… at least for as long as it lasts.

It’s hard to prop up a system of rule with volatile cash flows alone; that’s why Orban has also spent his last decade in power systemically dismantling checks and balances in Hungary, eroding the country’s democracy from within. He has spent his years in office packing the courts with allies, launching attacks against civil society and pro-democracy advocates like George Soros, and undermining the free media at every turn to his own benefit. This new law even allows the government to punish anything it deems as “fake news” with as much as five years in prison. Today, Hungary is a democracy in name only, save for the occasional trip to the polls that extend Orban’s legitimacy, even if the elections are far from free and fair.

That should worry a lot of people in Hungary, but should worry even more in Brussels. The European Union is supposed to be comprised of European countries who believe in free democracy and rule of law, neither of which is on display in Hungary these days. The only tool at their disposal against Hungary is invoking Article 7—which could suspend some of Hungary’s rights as an E.U. member—but any hopes of it changing Orban’s approach is defanged by the rule requiring unanimity to pass; Poland will veto moves against Hungary, and Hungary will do the same on behalf of Poland. The ineffectual punishment mechanism, combined with the preference of European leaders to ignore plenty for the sake of political cohesion (or sometimes just political expediency), has led to the current state of affairs.

Unlike previous crises like the financial crisis that almost doomed the Euro or the refugee crisis that nearly ripped apart the political union, the assault on political freedoms under the guise of fighting coronavirus is not a crisis that Europe can solve through money alone—this is an attack on the political values that the E.U. was created to protect. Ironically though, while money can’t solve this particular problem, it has bought Brussels some time—last week, the E.U. earmarked €5.6 billion for Hungary’s battle against coronavirus. Orban desperately needs this cash, and so is unlikely to use his new powers to step too far out of line, at least in the short term.

Europe knows this; so does Orban. The real question is whether anyone does anything about the longer-term crisis of democracy in Hungary that all see looming. Recent history indicates no one should hold their breath… even if they are already wearing face masks. 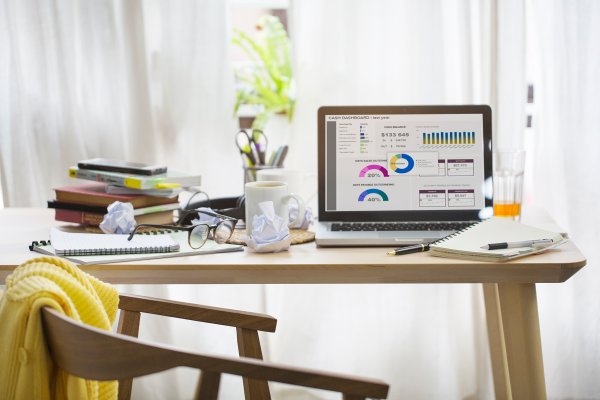 How to Work Well at Home
Next Up: Editor's Pick