The University of Minnesota is limiting its relationship with the Minneapolis Police Department following the police killing of George Floyd, a black man who died during an arrest on May 26

University president Joan Gabel said the school will no longer use MPD officers during large events, like football games and concerts. Additionally, the university will not use the police department for specialized services, Gabel said in a statement shared Wednesday.

“I write to you to express our overwhelming sadness, and our demands for accountability and justice,” Gabel said.

The announcement comes as Floyd’s death is prompting widespread anger and protests in Minneapolis and throughout the country, after a video circulated on Tuesday showing a white police officer kneeling down on Floyd’s neck during an arrest. Despite Floyd’s repeated pleas that he couldn’t move or breathe, the officer did not remove his knee in the footage. Floyd was later pronounced dead at a local medical center.

On Tuesday, the University of Minnesota’s student body president, Jael Kerandi, wrote to the school’s president demanding the university stop collaborating with the police department.

“Never underestimate the power of your voice. This is for the mothers of George Floyd, Jamarr Clark, Philando Castile, and many others,” Kerandi wrote on Twitter after Gabel’s decision. “The fight is not over, the marathon continues.”

On Wednesday night, demonstrations, which started out peaceful, became increasingly violent and chaotic as police fired tear gas and rubber bullets and people set buildings on fire. Minneapolis Mayor Jacob Frey has called for assistance from the state’s National Guard.

The four police officers involved in Floyd’s death were fired on Tuesday; authorities in Minnesota, along with the FBI, are investigating Floyd’s death. Mayor Frey said Wednesday that the officer seen in the video kneeling on Floyd’s neck should face criminal charges. 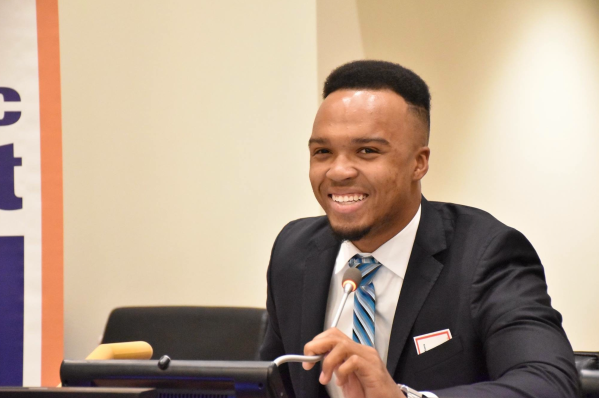 'Have Faith.' Princeton's First Black Valedictorian on Graduating Into a Global Pandemic
Next Up: Editor's Pick