Minneapolis police fired tear gas and rubber bullets at people protesting the death of George Floyd, a black man who died in police custody, during demonstrations on Tuesday night.

Protesters gathered at the intersection in Minneapolis where Floyd died on Monday, after a video emerged online showing a police officer kneeling on his neck. In the footage, Floyd is heard saying he is in pain, and telling the officer, “Please, I can’t breathe.” He is also heard calling for his mother.

Holding signs saying “Justice for George Floyd,” “Black Lives Matter” and “I Can’t Breathe,” hundreds of protesters, many wearing masks amid the COVID-19 pandemic, joined together to decry Floyd’s death.

George Floyd died Monday after being pinned to the ground by an officer, who pressed a knee into his neck, in Minneapolis.
Courtesy of Ben Crump Law

Demonstrators clashed with police dressed in riot gear, as officers fired foam projectiles (also called marking rounds) and threw tear gas at them in an effort to subdue some of the protesters, police department spokesperson John Elder told the New York Times. According to Elder, one person was shot at a building near where Floyd was detained by police, though it is not clear if the shooting was related to the protests.

Protesters eventually made their way to a police precinct, where some demonstrators damaged windows and sprayed graffiti, according to the Associated Press. The Minneapolis Star Tribune reports that tensions between protesters and police rose when they reached the Third Precinct, where some demonstrators threw rocks at officers and spray painted squad cars. In response, officers launched tear gas and flash-bang devices.

Photos and videos from the demonstrations from local media outlets showed police firing tear gas, and people washing their eyes out with milk as rain fell. A Minneapolis Star Tribune reporter said he was shot in the thigh with what appeared to be a foam bullet.

The official cause of Floyd’s death is pending, the Hennepin County medical examiner told the AP. A number of Minnesota politicians, including Sen. Amy Klobuchar and Rep. Ilhan Omar, have called for a thorough investigation into the incident. 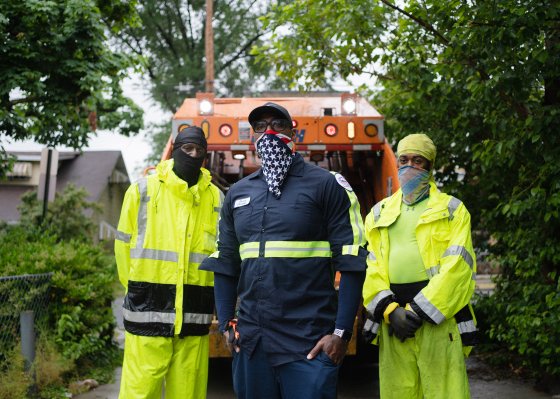