In the largest observational study thus far investigating the drug hydroxychloroquine as a treatment for COVID-19, researchers found little evidence that it helps, and worrying evidence that the medication may cause harm.

In a study published May 22 in the journal Lancet, scientists in the U.S. and Switzerland report on an analysis of more than 96,000 people hospitalized with confirmed COVID-19 in 671 hospitals on six continents. Nearly 15,000 patients were treated with one of the following: chloroquine (which is an older version of hydroxychloroquine), hydroxychloroquine, or either of those drugs in combination with an antibiotic. The remainder did not receive any of these medications and served as the control.

In addition, those receiving the medications had higher risk of developing abnormal heart rhythms — a known risk factor of chloroquine and hydroxychloroquine — compared to people who were not treated with the medications.

“However we sliced and diced the data, the results were identical,” says Dr. Mandeep Mehra, chair of cardiovascular medicine at Brigham and Women’s Hospital and professor of medicine at Harvard Medical School, who led the study. “There was no evidence of benefit, and a consistent signal of harm — and in particular, harm linked to heart rhythm disturbances.”

The findings come as U.S. President Donald Trump claimed to be taking hydroxychloroquine, which he requested from the White House physician, because he “heard a lot of good stories.” Mehra notes that the study included only people diagnosed with COVID-19, while the President has not been reported to be infected.

Hydroxychloroquine is approved to treat malaria — replacing chloroquine in many parts of the world after the malaria parasite became resistant to chloroquine — as well as some autoimmune disorders like rheumatoid arthritis and lupus, because of its ability to tamp down inflammation. Doctors started to turn to the drug to treat COVID-19 after a small study in France suggested it might help alleviate some of the disease’s inflammatory symptoms, which can compromise breathing and cause respiratory failure. The evidence for the drug’s effectiveness, however, hasn’t been established, although ongoing rigorous trials randomly assigning patients to receive hydroxychloroquine or placebo are still ongoing (including one headed by the U.S. National Institutes of Health).

But there is growing evidence that the medication may not be as helpful as doctors had hoped. In a study of more than 1,300 people admitted to New York Presbyterian-Columbia University Irving Medical Center, for example, people receiving hydroxychloroquine did not show any lower rate of needing ventilators, or a lower risk of dying during the study period than those not getting the drug. Studies from Europe and China similarly failed to find that the drug showed any benefit for patients.

Those studies have led the U.S. Food and Drug Administration (FDA) to warn health providers that they should not prescribe hydroxychloroquine off-label for COVID-19 patients unless they are part of a research study or carefully monitored in a hospital setting.

In fact, as the evidence continues to suggest that hydroxychloroquine may not provide much benefit, and instead might increase the risk of harm to the heart, Mehra says doctors may shift from considering hydroxychloroquine to other drugs being studied as COVID-19 treatments, like remdesivir. Studies indicate that remdesivir, an antiviral that has not yet been approved to treat any disease, may help people with COVID-19 to recover faster, and the drug received FDA emergency use authorization to treat hospitalized patients. Unlike hydroxychloroquine, remdesivir has not been linked to serious side effects so far, and therefore may be a more attractive option for doctors treating COVID-19 patients.

“They may be more likely to try something where there is a better chance of showing a net positive outcome,” says Mehra. “Why would you risk harm when there is so much consistent data showing lack of benefit [with hydroxychloroquine]?” 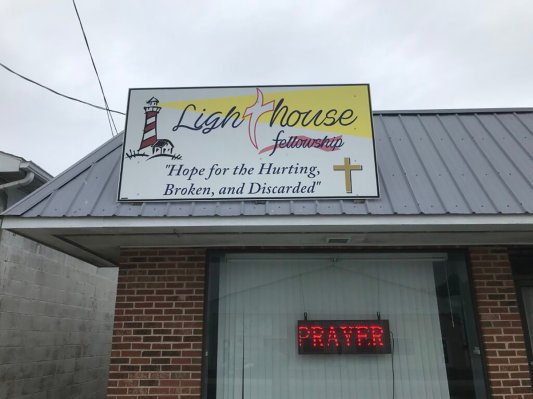 Why the DOJ Is Backing This Virginia Church
Next Up: Editor's Pick