The Food and Drug Administration, which approves all new drugs in the U.S., issued an emergency use authorization for remdesivir for treating COVID-19. The clearance is not an approval for the experimental drug, which is currently not approved to treat any disease, but would allow doctors to use the medication only to treat certain patients with COVID-19.

In one statement, the company said that a large study of remdesivir “met its primary endpoint”: meaning, in this case, that the researchers have concluded that hospitalized patients taking the drug appear to improve faster than patients given a placebo. The study is run by the National Institute of Allergy and Infectious Diseases (NIAID), part of the U.S. National Institutes of Health and involves severe patients at multiple centers across the country. Gilead has yet to release specific data from the study but noted in its release that NIAID is expected to provide more detailed results.

In another statement, the company released results from one of its two ongoing “SIMPLE” trials. One of these studies is designed to test remdesivir in people with moderate disease, and the other in those with more severe disease. Both compare a five day regimen to a 10 day regimen and do not include a placebo control. The company reported on the study involving nearly 400 people with severe COVID-19, who all had pneumonia and reduced oxygen levels but did not yet need to rely on a ventilator to breathe. In the study, the five-day regimen was deemed as effective as the 10 day protocol: after 14 days, 60% of those taking the drug for five days and 52% of those taking the drug for 10 days were discharged from the hospital.

Commenting on the annonucements, Dr. Anthony Fauci, director of NIAID and member of the White House Coronavirus Task Force, told reporters at the White House that the results from the NIAID study showed “quite good news” and a “clear-cut positive effect in diminishing time to recover.” He went on to predict that the drug “will be the standard of care” for COVID-19. “What [the study] has proven is a drug can block this virus.”

Dr. Aruna Subramanian, clincial professor of medicine in the division of infectious diseases at Stanford University School of Medicine and one of the lead researchers on the SIMPLE study, says the findings have important implications for COVID-19 patients. “This was an important study looking at five day and 10 day [treatment] in that the outcomes were similar in the two groups — when people are very sick in a pandemic setting where you are really trying to minimize hospital resource use, it would be very important to know you can use a shorter course of therapy and not keep people in the hospital for 10 days with an infusion. I think [this] is huge.”

The results add to the growing body of data suggesting remdesivir may be effective for treating COVID-19. Remdesivir was originally designed to treat Ebola, but studies in the lab showed it also acted against coronaviruses like SARS and MERS, so researchers began exploring its potential for treating COVID-19 when the pandemic began. It works by interfering with the virus’ ability to make more copies of itself.

No drug is currently approved to treat COVID-19, and ongoing studies are designed to test the effectiveness of promising candidates, like remdesivir, as well as their safety. Early hints of experimental drug’s potential benefit were leaked in April from a presentation by University of Chicago researchers; in that study, those assigned to receive remdesivir improved more quickly and were discharged from the hospital earlier than those getting placebo.

Another study conducted by Chinese researchers during the early days of the pandemic, however, showed that those taking remdesivir for up to 10 days did not show any quicker improvement than those randomly assigned to placebo. Gilead scientists note, though, that the study in China was suspended because the investigators could not enroll the intended number of patients with severe disease, suggesting the results may not be statistically significant. The Chinese researchers noted that they did see promising signs that people treated within 10 days of their first symptoms seemed to improve faster than those who began treatment 10 days after they experienced their first symptoms, a trend also found in the SIMPLE study.

While the current results are promising, until the complete data from the NIH study, as well as others that are ongoing around the world, are available, it remains unclear exactly what improvements remdesivir can provide in treating COVID-19, and which patients would most benefit from taking the drug. 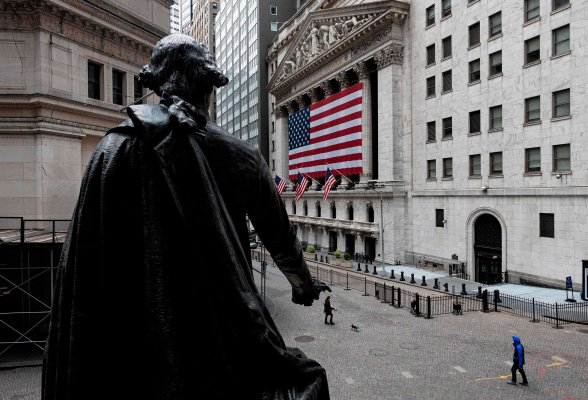 Stocks Recovering While the Economy Collapses
Next Up: Editor's Pick