“Writers and politicians are natural rivals,” Salman Rushdie wrote in his 1982 essay “Imaginary Homelands.” “Both groups try to make the world in their own images; they fight for the same territory. And the novel is one way of denying the official, politicians’ version of truth.”

In her captivating debut novel A Burning, Megha Majumdar presents a powerful corrective to the political narratives that have dominated in contemporary India. Under Prime Minister Narendra Modi, artists and journalists have faced pressure to toe the Hindu nationalist party line. Indian universities have purged “anti-nationals” from campuses. In a 2015 criminal trial for contempt of court, Booker Prize–winning author Arundhati Roy was accused by a judge of unfairly criticizing “a most tolerant country like India.” Meanwhile, in February, the New Delhi police force was widely criticized for standing by as 53 people, most of them Muslim, were killed in riots—the worst religious violence in India for more than a decade.

Majumdar, who grew up in Kolkata and is now an editor in New York City, tackles this turmoil head-on. India’s brand of nationalism has its particularities, but readers around the world will recognize the rightward turn charted in A Burning, with schools criticized for failing to teach “national feeling” and minority communities seen as “disloyal to the values of this nation.” The novel opens with train cars ablaze in an attack that leaves more than a hundred dead. Jivan, a Muslim woman living in a Kolkata slum, posts a careless comment on Facebook criticizing the government and ends up in jail, accused of aiding terrorists. In the fast-paced plot, two acquaintances are called to testify at her trial: aspiring movie star Lovely, a hijra (a third gender, a community marginalized in India) who was learning English from Jivan; and PT Sir, a teacher who taught Jivan basketball and yearns to gain favor with a right-wing populist party. All three characters seek a way to rise above their circumstances—but, Majumdar asks, at what cost?

Rewriting the story of India as a nation became particularly urgent in the decade following the national emergency of Indira Gandhi’s rule in the 1970s. Mostly male authors—like Rushdie, Amitav Ghosh and Vikram Seth—took it upon themselves to dismantle the idea of a single national identity and affirm India’s founding ideals of secularism. Some three decades on, under a government that envisions India as a Hindu nation, Majumdar offers her novel as a reassertion of the pluralism once at the heart of Indian democracy.

While Jivan is the protagonist, Majumdar shines most in the stories of her secondary characters, who are of different religions, classes and genders. Lovely goes to auditions where she experiences praise as “a tub full of syrupy roshogolla whose sugar is flowing in my veins,” while PT Sir is drawn to rallies where men wave “the saffron flags of ardent nationalism.” In weaving their voices alongside interludes from marginal characters, Majumdar creates a vivid portrait of India as a polyphonic crowd, a patchwork of differences. All the characters are subject to the nationalist forces pulsing through the country, but in the face of corruption, persecution and powerlessness, they manage to hold on to their dreams and humor.

Yet the members of Majumdar’s cast are also haunted by the sacrifices they make in the service of those dreams. In a broken society, instincts for self-preservation kick in and bonds are exposed as fragile. “In this world, only one of us can be truly free,” thinks one character, weighing a chance to help another at a personal cost. “Every day, I am making my choice, and I am making it today also.” 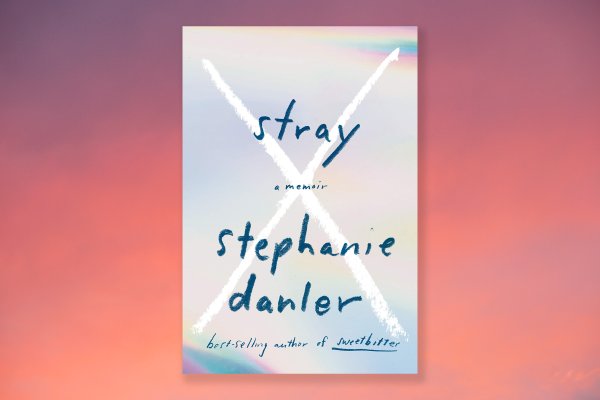 'Stray' Is A Gritty Memoir of Self-Destruction
Next Up: Editor's Pick