In the hierarchy of allegories for human society, the 1,001-car train Snowpiercer is up there with the Tower of Babel. Introduced in a 1980s French comic, then revived in Bong Joon-ho’s 2013 film and now a TNT drama, both titled Snowpiercer, it carries the only survivors of an ice age brought on by scientists attempting to counteract global warming. The vehicle, which must keep moving to function, is segregated by class. Up front, in the sumptuous apartments and salons of first, the super-rich luxuriate. Second class houses professionals, while third is a workers’ slum. Even worse off, in the tail section, are those who stormed Snowpiercer rather than freeze to death in the initial cataclysm.

The train’s metaphors encompass economic stratification, the existential threat of climate change and the plight of refugees: stateless people whose mere survival is criminalized. And the combination of those themes and a vivid physical world—with cars for school, agriculture, nightlife, even snorkeling—packs limitless storytelling potential.

Bong’s fast-paced, tightly focused Snowpiercer cast Chris Evans as a revolutionary fighting his way forward from the tail. Helmed by Graeme Manson (Orphan Black), TNT’s adaptation is slower and, unfortunately, somewhat convoluted. Once a detective, Hamilton and Blindspotting star Daveed Diggs’ “tailie” hero Andre is summoned uptrain to investigate a murder. Though it separates him from his partner (Katie McGuinness), the case provides an ideal cover for espionage. It also reunites him with his ex (a smartly cast Sheila Vand, from the cult vampire film A Girl Walks Home Alone at Night) in third.The cross section of characters he encounters, from a prickly family in first to a cop from third (Mickey Sumner) to Jennifer Connelly’s conflicted administrator Melanie, takes several episodes to get straight.

It isn’t just the cast that overwhelms. On top of the investigation, the love triangle and the nascent uprising, this Snowpiercer (which counts Bong as an executive producer) crams in leadership crises, corruption and mechanical woes, plus ample drama among secondary characters. The story comes together midway through the 10-episode season, raising provocative political questions. (In the event of a revolution, would second class ally itself with the rich or the poor?) But with so much appealing TV out there, some are bound to disembark early.

The original version of this story misstated the lineage of a character played by Jaylin Fletcher. He is an orphan, he is not Andre and his ex’s son. 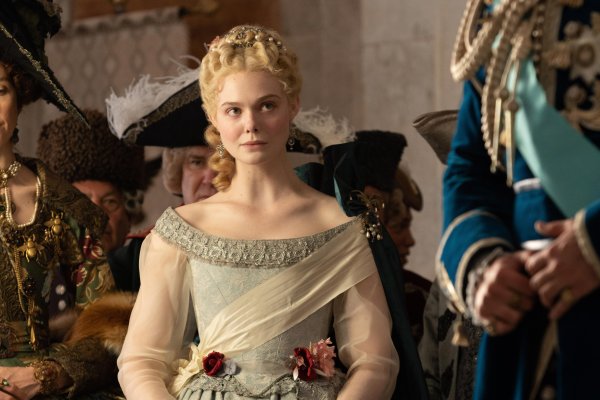 New Catherine the Great Series is a Delight
Next Up: Editor's Pick