Federal Inmate Dies of Coronavirus After Giving Birth While on Ventilator

A 30-year-old woman who was serving a 26-month prison sentence on a drug charge died of COVID-19 on April 28, weeks after giving birth while on a ventilator, the U.S. Bureau of Prisons (BOP) said.

Circle Bear was convicted for maintaining a drug-related business on the Cheyenne River Sioux Indian Reservation, according to the U.S. Department of Justice, and sentenced in January. Her case was investigated by tribal law enforcement.

Circle Bear was evaluated at the hospital and placed on a ventilator on March 31. The next day, she gave birth via cesarean section, the Bureau of Prisons said. On April 4, she was confirmed positive for COVID-19. According to the Bureau of Prisons, Circle Bear had a pre-existing medical condition that put her at a higher risk for contracting severe disease from COVID-19. (Federal officials did not specify Circle Bear’s exact medical condition.)

The newborn baby was placed with Circle Bear’s family in South Dakota, a relative told The Washington Post.

Circle Bear appears to be the first woman to die from the coronavirus while in custody, according to the Bureau of Prisons, which has compiled a list of 30 inmates who have died due to COVID-19.

The COVID-19 pandemic has hit the U.S. jail and prison system particularly hard, and health experts and advocates for criminal justice reform have noted that people held in custody are at a higher risk for getting the coronavirus due to living in close quarters and having inadequate access to soap and water.

Read more: We Must Act Now to Protect America’s Most Vulnerable from Coronavirus

Reform advocates have called for inmates to be released from prisons across the country, amid shifting guidance from federal authorities on who qualifies for release for home confinement. 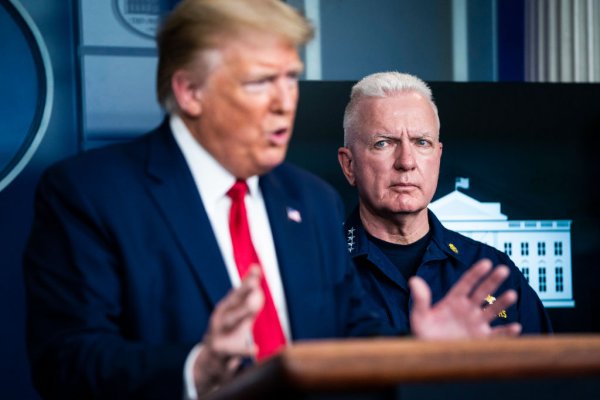