As the COVID-19 outbreak continues to hamper the U.S. jail and prison system, an inmate at the Rikers Island jail complex in New York City has died after contracting the novel coronavirus.

Michael Tyson, 53, died on Sunday at Bellevue Hospital according to the Legal Aid Society, a nonprofit legal services organization based in New York City. He had been in custody at Rikers Island over a technical parole violation — a non-criminal violation, like missing a curfew or failing to report an address change to a parole officer — since Feb. 28. He was taken to the hospital on March 26.

“This tragedy would have been entirely avoidable if only Governor Cuomo had directed [the Department of Corrections and Community Supervision (DOCCS)] to act decisively from the outset of this epidemic to release incarcerated New Yorkers who, like Mr. Tyson, were especially vulnerable to the virus,” Tina Luongo, the attorney-in-charge of the Criminal Defense Practice at the Legal Aid Society, said in a press statement.

Tyson was among a list of 100 inmates named in a lawsuit filed in the Bronx Supreme Court by the organization on April 3. The lawsuit called for the named inmates being held for non-criminal technical parole violations to be released; those listed were either older people or had underlying health issues. Tyson was listed as among “the highest risk group” due to his age and unspecified health issues, according to a letter cited therein from Correctional Health Services.

“Our deepest condolences go out to the detainee’s family in their time of grief. The safety and well-being of those in our custody remains our number one priority,” Peter Thorne, a spokesperson for the Department of Corrections (DOC) said in a statement sent to TIME.

273 inmates on Rikers Island have tested positive for the virus as of April 5, according to the New York City Department of Corrections. This is along with 321 correctional staff members and 53 health professionals across the New York City jail system. Four corrections officers have died.

An outbreak of the novel coronavirus at Rikers Island has long concerned health experts and criminal justice reformers, who say that the jail and prison populations are particularly vulnerable in this crisis due to the dirty nature of the facilities, the close quarter that inmates live in and the lack of consistent access to soap and water.

Read more: We Must Act Now to Protect America’s Most Vulnerable from Coronavirus

During a March 31 press conference, Mayor Bill De Blasio said that 900 inmates have been released from the jail system, with more releases in the works. Advocates say that the city and state government is taking too long to release these inmates.

Large scale releases have happened in states including New Jersey and Ohio; California has announced the release of over 3,000 inmates to stop the virus’ spread.

“Mr. Tyson could have been released from Rikers Island at any point since February 26th by Governor Cuomo, who instead ignored the severe health risks,” VOCAL-NY said in a joint statement with criminal justice reform organizations Worth Rises and the Release Aging People in Prison Campaign.

“It is time for the Governor to employ the full breadth of those powers and to act without delay to avoid further catastrophe. DOCCS’ myopic over-reliance on re-incarceration, wholly unjustifiable at any time, is utterly disastrous in the era of COVID-19,” Luongo said in her statement. 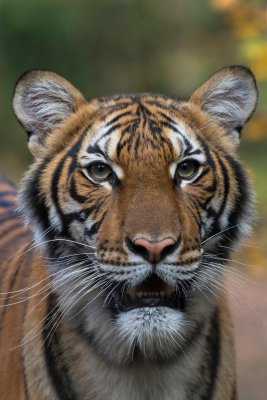