Myanmar's Military May Be Committing War Crimes While the World Is Distracted by Coronavirus, Says U.N. Rights Expert

While the world is distracted by the coronavirus pandemic, Myanmar’s military may be committing fresh war crimes against ethnic minority populations, a U.N. human rights expert warned Wednesday.

Yanghee Lee, the outgoing U.N. Special Rapporteur on the situation of human rights in Myanmar, said in a statement that the country’s armed forces are ramping up attacks against civilians in Rakhine and Chin states.

“While the world is occupied with the COVID-19 pandemic, the Myanmar military continues to escalate its assault in Rakhine State, targeting the civilian population,” Lee said in the statement.

The Myanmar military is already facing allegations of genocide over a 2017 crackdown on the Rohingya Muslim minority that forced almost 750,000 women, men and children to flee into neighboring Bangladesh. Earlier this year, the U.N.’s top court ordered Myanmar to halt the persecution of all ethnic groups and to prevent further acts of violence while the genocide case continues.

“Having faced no accountability, the Tatmadaw continues to operate with impunity,” Lee said.

Despite calls from the U.N. for a global ceasefire amid the pandemic, conflict between the Tatmadaw, the official name for Myanmar’s military, and the Arakan Army, an armed group composed mostly of members of the Buddhist Rakhine ethnic group, has intensified.

More than 150,000 people have been displaced by the escalating fighting, and hundreds have been wounded, according to Lee’s statement. The Myanmar government has imposed an internet shutdown in several townships in Rakhine and neighboring Chin state that Human Rights Watch says impacts one million people. Humanitarian aid is also reportedly being blocked.

The Tatmadaw has ramped up attacks on civilians in recent weeks, according to the U.N. During an artillery attack on April 13, eight civilians, including at least two children were killed in Kyauk Seik village.

“[The military’s] conduct against the civilian population of Rakhine and Chin States may amount to war crimes and crimes against humanity,” Lee said. “Their alleged crimes must be investigated in accordance with international standards, with perpetrators being held accountable.”

The current conflict is impacting Rohingya, as well as civilians from the ethnic Rakhine, Mro, Daignet and Chin communities, according to Lee.

Men with ties to the Arakan Army — which seeks self-determination — have been detained for days and tortured, Lee said, while adding that the Arakan Army’s actions have also had “negative impacts” on civilians.

Aid workers have also been targeted, including those providing services related to COVID-19, Lee said. Last week, a driver for the World Health Organization was shot and killed. The vehicle was carrying coronavirus tests. Both Myanmar’s military and the Arakan Army denied responsibility for the attack. 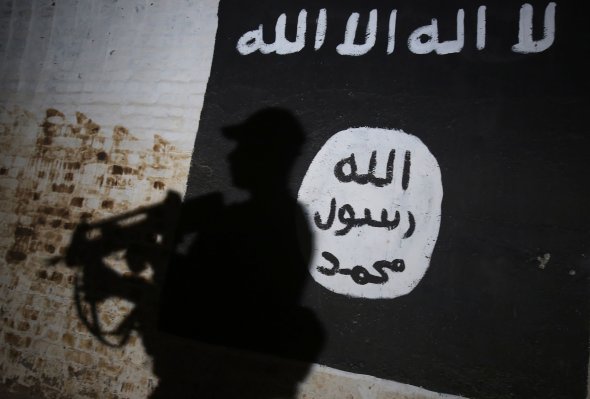 With the World Busy Fighting COVID-19, Could ISIS Mount a Resurgence?
Next Up: Editor's Pick