The president of the International Court of Justice, Abdulqawi Ahmed Yusuf (C) speaks during the ruling of the International Court of Justice in The Hague, on January 23, 2020 in the lawsuit filed by The Gambia against Myanmar in which Myanmar is accused of genocide against Rohingya Muslims.
Robin VAN LONKHUIJSEN / ANP / AFP) / Netherlands OUT ROBIN VAN LONKHUIJSEN/ANP/AFP via Getty Images
By Laignee Barron

In a landmark verdict, the United Nation’s highest court ruled Thursday that it has the authority to consider a genocide case against Myanmar and ordered the country to prevent irreparable harm from being committed against its Rohingya Muslim minority.

The International Court of Justice approved emergency “provisional measures” compelling Myanmar to halt all persecution of the ethnic group, including killing, raping, and destroying homes and villages.

Inside the courtroom at the Hague’s imposing Peace Palace, the verdict was greeted with excitement by the Rohingya observers, according to those at the scene.

“We are very happy. Today, our suffering has been recognized by the World’s Court,” Rohingya activist Nay San Lwin told TIME by phone from outside the court.

Earlier he said it was “a victory” just to have the case heard. “The world has been showing us sympathy, but until now, there was no real legal action,” he said.

The ruling, which was broadcast on live streams, does not establish whether Myanmar committed genocide but is instead the first step in a broader legal case likely to run for years.

Filed by the West African nation of the Gambia in November, the lawsuit seeks to prove “an ongoing genocide” is being carried out. More than 740,000 Rohingya were forced to flee to neighboring Bangladesh during a military offensive in 2017. U.N. investigators detailed gang rapes of women and girls, mass slaughter, and whole villages burned to the ground and later bulldozed after the exodus. They called for Myanmar’s military to be prosecuted for genocide.

While the ICJ case continues, the provisional measures ordered Thursday seek to prevent further harm against the Rohingya population still residing in Myanmar’s western Rakhine State. They face an ongoing threat of renewed military atrocities, the Gambia argued during hearings in December.

These estimated 600,000 Rohingya have endured decades of systematic discrimination that Amnesty International says amounts to “apartheid.” Largely stripped of citizenship and segregated into internment camps, they have little or no access to education, health care, and employment. The government refuses to even use the name “Rohingya,” preferring instead to refer to them as “Bengali” immigrants from across the border.

“The court is of the opinion that the Rohingya in Myanmar remain extremely vulnerable,” Presiding Judge Yusuf Abdulqawi said in the hour-long verdict.

Myanmar’s government, which staunchly denies that its treatment of the Rohingya amounts to genocide, must report back to the court within four months. Regular updates are also required every six months until the court comes to a final verdict. The court also ordered Myanmar to ensure evidence of atrocities is preserved.

Rights groups welcomed the ICJ’s unanimous pronouncement that Myanmar must “take all measures within its power to prevent the commission.”

The order “is a landmark step to stop further atrocities against one of the world’s most persecuted people,” said Param-Preet Singh, associate international justice director at Human Rights Watch. “Concerned governments and UN bodies should now weigh in to ensure that the order is enforced as the genocide case moves forward.”

While the ICJ’s decisions are legally binding, the court has no real mechanism of enforcement. In past rulings, countries have ignored or haphazardly enforced rulings. The U.N. Security Council can be called upon to apply political pressure, but any of the permanent members — including China and Russia — have the power to veto a resolution.

At hearings last month, lawyers from Myanmar challenged the World Court’s jurisdiction to consider what the country considers an internal matter. But within the first minutes of Thursday’s ruling, Presiding Judge Abdulqawi pronounced the court’s right to consider the case.

“The court concludes that prima facie it has jurisdiction under the Genocide Convention,” he said.

Myanmar insists its state security forces carried out a legitimate counter-terrorism operation against Rohingya militants and claims reports by the U.N. and human rights groups are exaggerated.

In December, Myanmar’s civilian leader, Nobel Peace Prize laureate Aung San Suu Kyi, flew to the Netherlands to defend her country’s “national interest” from what she has characterized as overseas attacks. She has vocally defended the military and maintains that a “huge iceberg of misinformation” distorted the international perception of the crisis.

As the face of Myanmar’s genocide denial, Suu Kyi, who was not present during the ICJ’s ruling, has bolstered her domestic credentials during an election year. Her calls for the case to be dismissed have found broad support among a majority Buddhist population largely unsympathetic to the Rohingya’s plight.

While Suu Kyi is not personally on trial at the ICJ, her decision to lead the defense has garnered international attention and a deluge of criticism over her handling of the issue. Her civilian administration has denied aid workers access to Rohingya communities in Northern Rakhine — the epicenter of the violence — and her office, on its Facebook page, described testimony from sexual violence survivors as “FAKE RAPES.” International observers have criticized her for stoking religious hatred against the country’s Muslim minority through dehumanizing state media coverage, including alluding to them “detestable human fleas.”

Just before the court read out its verdict Thursday morning, The Financial Times published an op-ed by Suu Kyi in which she claimed Myanmar has suffered international condemnation due to “unsubstantiated narratives” and inaccurate victims’ testimony.

The Gambia has said Myanmar cannot be trusted to bring alleged crimes against the Rohingya to justice. Yet Myanmar’s government maintains its legal system and in particular, its military courts, will hold any perpetrators accountable.

Ahead of the ICJ ruling, Myanmar published an executive summary of its own commission of inquiry’s findings on the Rohingya crackdown. The summary concluded that some soldiers may have committed war crimes, but these possible violations did not constitute genocide. Activists branded the inquiry an attempt to “whitewash” the situation.

“The very weak rule of law and lack of an independent justice sector within the country make these independent actions to find accountability for the Rohingya and other minorities all the more important,” says Kingsley Abbott, coordinator of the International Commission of Jurists’ Global Accountability Initiative.

The Court of Justice’s 15-judge panel has only ruled once before that genocide was committed, in the 1995 Srebrenica Massacre in Bosnia. However the court rules on Myanmar, the case is expected to continue for several years and is only the first of several legal challenges Myanmar faces over the Rohingya.

The International Criminal Court, in a separate war crimes tribunal, is now investigating the expulsion of Rohingya, and a lawsuit in Argentina alleges Suu Kyi’s complicity. 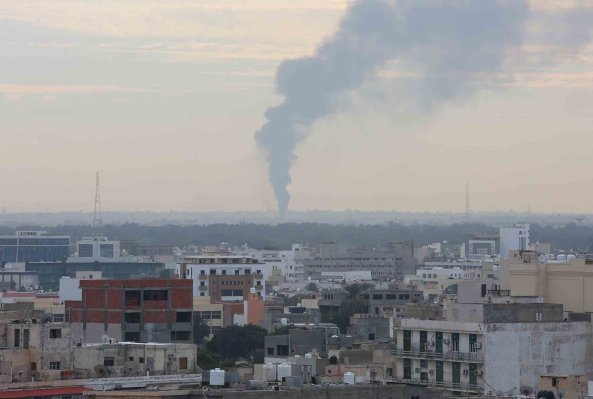 World Powers Pledged to Stop Interfering in Libya. Will They?
Next Up: Editor's Pick