U.N. investigators called Monday for leaders of Myanmar’s military to be prosecuted for genocide, issuing the strongest condemnation to date of the nation’s security forces since they launched a bloody campaign targeting the Rohingya Muslim minority.

“The Tatmadaw’s contempt for human life… and for international law, should be a cause of concern for the entire population of Myanmar and for the international community,” Marzuki Darusman, chair of the fact-finding mission on Myanmar, said at a press conference.

The investigators urged the U.N. Security Council, which will convene tomorrow, to refer Myanmar’s top brass to the International Criminal Court.

“Responsibility starts at the top,” said Radhika Coomaraswamy, one of the investigators. She then named six generals the team has flagged for a criminal inquiry to prioritize, starting with Military Commander-in-Chief Min Aung Hlaing.

Mandated by the Human Rights Council to look into allegations of abuses committed by Myanmar’s security forces, the U.N.-backed “fact-finding mission” convened six months before a military-backed operation in Rakhine state drove more than 700,000 Rohingya into Bangladesh, fleeing what they described as campaign of rape, arson and indiscriminate killing.

The fact-finders dismissed the government and security forces’ claims that the operation was a legitimate response to attacks by Rohingya insurgents on police outposts on Aug. 25.

Instead, the report notes that the military’s commander-in-chief justified his campaign by emphasizing the “unfinished job” of the “long-standing Bengali problem,” an explanation which uses a derogatory term to refer to the Rohingya population. Many people in Buddhist-majority Myanmar view the group as illegal immigrants from Bangladesh, a myth promulgated by decades of propaganda.

Since they were barred from visiting the regions affected by violence after Myanmar refused to grant them visas, the fact-finding team corroborated accounts of atrocities by conducting interviews with more than 870 victims and eyewitness. They also amassed a collection of video and photographic evidence.

By what they termed a conservative estimate, the team suggested that at least 10,000 people had died in the most recent violence in Rakhine.

Investigators noted that the civilian government, led by Nobel laureate Aung San Suu Kyi, is nowhere near as culpable as the military for the slaughter of civilians because Myanmar’s constitution grants ultimate authority to the military. Yet they faulted the de factor leader for failing to exercise her “moral authority.”

“Through their acts and omissions, the civilian authorities have contributed to the commission of atrocity crimes,” the fact-finders said.

Read more: The U.N. Isn’t Ruling Out ‘Elements of Genocide’ in Myanmar. Here’s What That Means

In response to the list of alleged perpetrators named by the report, Facebook on Monday banned 20 individuals and organizations from the site in Myanmar, including Min Aung Hlaing.

“We want to prevent them from using our service to further inflame ethnic and religious tensions,” Facebook said in a statement. The social media giant was previously accused by UN experts of helping incite violence in Myanmar and failing to take measures to stop the spread of hate and anti-Rohinyga propaganda on its platform.

The fact-finders’ report also comes the same day two Reuters journalists were expecting a verdict in a case that could see them imprisoned for up to 14 years after they were arrested while investigating soldiers’ participation in a Rohingya massacre. The ruling was postponed for one week allegedly because the judge is sick.

But in a trial that has commanded an international spotlight and is widely seen as a litmus test for the civilian government’s relationship with the press, the delay was widely perceived to have political motivations, especially as the decision comes on the eve of the U.N. Security Council briefing on Myanmar.

“This case is not an ordinary one. It also concerns Myanmar’s international affairs. So it’s hard to say exactly that there’s a link between the postponement and the UN [Security Council] meeting, but there are possibilities,” defense lawyer Than Zaw Aung said.

Activists urged the Security Council to follow through on the fact-finders’ calls for prosecution. The 15-member body has previously been stymied by international divisions over the crisis. The U.S., which is reportedly mired in its own debate over whether to label the violence “genocide,” has accused China of using its veto power to shield Myanmar from censure.

“The [fact-finding mission] has done what no one in Myanmar, including Aung San Suu Kyi and the civilian government, dared to do – accuse army commander Min Aung Hlaing and his top generals of the worst human rights crimes known to man,” says Phil Robertson, deputy Asia director at Human Rights Watch.

“Now it falls to governments around the world to uphold the oft-repeated pledge that ‘never again’ really means what it says, and that those in Myanmar who have crossed that line will pay the price.” 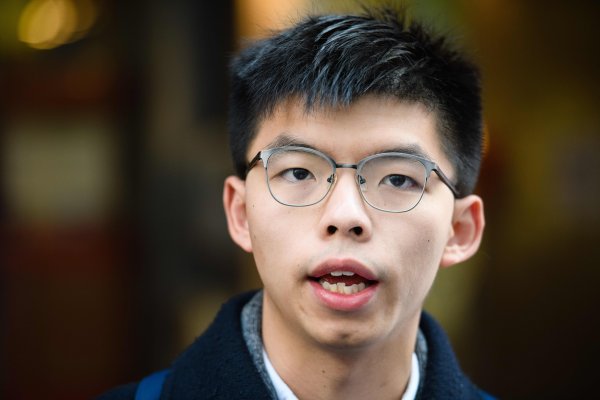