When most people find themselves day dreaming about what celebrity might portray them in the movie of their life, their pipe dream may include the hope of an A-list, Oscar-winning star like Brad Pitt cast in the leading role. At least, that’s who Dr. Anthony Fauci, the director of the National Institute of Allergy and Infectious Diseases, had jokingly hoped would play him on TV when asked a few weeks ago. The doctor who is known for focusing on the fact-based science of the nation’s fight against the coronavirus outbreak got his wish when Pitt stepped in to play him on Saturday Night Live.

“I think he did great,” Fauci told Telemundo on Monday, offering his review of Pitt’s appearance. Not only was the doctor pleased with the actor’s impersonation of him, but also gave his stamp of approval to the message Pitt delivered while in character on Saturday’s episode.

“I mean, I’m a great fan of Brad Pitt, and that’s the reason why when people ask me who’d I like to play me I mention Brad Pitt because he’s one of my favorite actors. I think he did a great job,” Dr. Fauci added.

On the show, Pitt portrayed Fauci as a man just trying to do his job amid a pandemic, despite the fact that his boss (President Donald Trump) occasionally been at odds with his actions. At the end of the cold open on Saturday Night Live, Pitt broke out of character as Fauci and directly addressed the man himself to thank him and frontline workers for their efforts. “And to the real Dr. Fauci, thank you for your calm and your clarity in this unnerving time,” Pitt said on the show. “Thank you to the medical workers, first responders, and their families, for being on the front line.”

Fauci appreciated the kind words. “I think he showed that he is really a classy guy when, at the end, he took off his hair and thanked me and all of the health care workers,” Fauci said in his interview with Telemundo. “So not only is he a really great actor, but he is actually a classy person.” 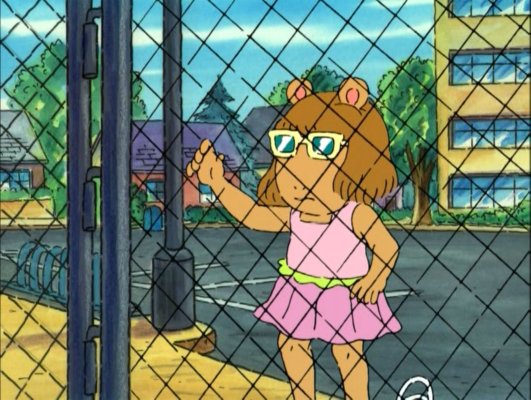 A Comprehensive Guide to the Best Arthur Memes on the Internet
Next Up: Editor's Pick