“Live from Zoom,” Kate McKinnon greeted viewers at the top of Saturday Night Live‘s first new episode in five weeks, “it’s sometime between March and August!” She and her cast mates really did appear to be on Zoom, that weird semi-public space where all of us who require periodic face-to-face interaction with human beings who aren’t part of our households have been congregating for the past month; the frame was a grid of tiny, moving headshots. And I really did have to check the calendar to confirm that the date was April 11, 2020. It was an extremely relatable cold open—albeit in a kind of depressing way.

“Relatable but depressing” turned out to be the predominant mood of the night. Dubbed Saturday Night Live at Home and announced just two days before it aired, the special consisted of sketches that cast members had taped from wherever they were hunkered down as the coronavirus continued to ravage New York. Self-described “celebrity canary in the coal mine” Tom Hanks—now fully recovered following his own case of COVID-19—hosted from his well-appointed kitchen. Coldplay frontman Chris Martin performed a solo acoustic version of Bob Dylan’s “Shelter From the Storm.” In all honesty, it was a weaker-than-average episode of a show whose average episodes aren’t what they used to be. Yet, as I watched what the cast and writers managed to put together, prepared to be disappointed by SNL as usual, an unexpected sense of gratitude blindsided me.

It wasn’t about the sketches themselves, though there were highlights. Larry David as Bernie Sanders explaining his exit from the Democratic primary—and assuring fans concerned about his coronavirus preparedness that “I’m a 78-year-old man in Vermont, I have a whole room full of toilet paper”—approached perfection. I enjoyed “Visualizations With Aidy,” a guided meditation that veered off the rails as Aidy Bryant digressed into reflections on the emptiness of red-carpet events. Chloe Fineman’s impression of Timothée Chalamet, in a parody of the MasterClass commercials that truly are ubiquitous, gave the internet a beautifully absurd new catchphrase: “Je suis un boy king.” The concluding all-star tribute to Hal Willner, a record producer and the show’s music coordinator, who died April 7 of what was presumed to be coronavirus, put tears in my eyes.

The lows were predictable: too many stale Tiger King jokes. Too many sketches that had Gen Z influencer types blithely vlogging, doing DIY makeup tutorials and live-streaming video games in the time of coronavirus. An awkward split-screen edition of “Weekend Update,” apparently recorded on Zoom with an audience listening in to provide laughter, was essentially a digest of the past month on Twitter. (Have you seen this doctor, Anthony Fauci?) Alec Baldwin called in as Donald Trump, mostly to complain about “nasty” questions. There were two separate Pete Davidson raps, at opposite ends of the show. Even McKinnon fell uncharacteristically flat with a Ruth Bader Ginsburg workout video that didn’t work without the costume.

Still, what I appreciated was the effort to make comedy out of the unprecedented situation we’re all living through. As with late-night hosts who are cobbling shows together from their living rooms and musicians doing sets on Instagram Live, SNL at Home was, at least, an attempt to make us forget our troubles for 90 minutes on a Saturday night. More importantly, if newspapers (and weekly magazines, not to mention digital media) are a rough draft of history, then so are all of these timely forms of entertainment. Decades from now, when future generations want to know about the COVID-19 pandemic, they’ll have a bottomless trove of harrowing news reports to consult. But they will also be able to dig up a special episode of NBC’s stalwart sketch show and understand the more mundane daily realities of being alive in America during the spring of 2020: the boredom, stir-craziness and sexual frustration. The anxiety. The ambient grief. And—lest we ever forget—the Zoom. 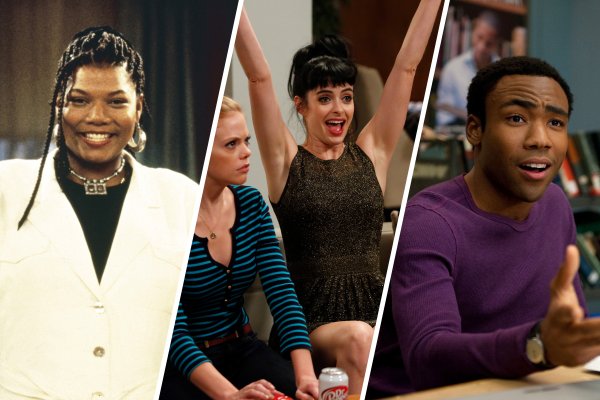 The Best Hangout Shows to Watch in Isolation
Next Up: Editor's Pick