The mayor of San Juan, Puerto Rico, has alleged that none of the island’s eligible residents have received their expected stimulus payments from the federal government.

In an appearance on MSNBC on Saturday, Carmen Yulin Cruz, the mayor of the U.S. territory’s capital city, said the island has not yet benefited from one of the U.S. government’s signature responses to the COVID-19 pandemic: stimulus checks that are intended to put up to $1,200 into the hands of many Americans.

Cruz said that the island has been struggling to get resources to the people who need them most and has insufficient equipment and tests to check its residents for the virus. She also said the island has struggled to deliver $500 payments promised by the governor, new requests for food stamps and over 130,000 pending unemployment requests. Cruz and other mayors have had to rely on religious and community leaders to hand out food to citizens in need, she said.

The direct deposits will be released to some of Puerto Rico’s residents after the U.S. Treasury approves of Puerto Rico’s distribution plan, Francisco Parés, Secretary at the Puerto Rico Treasury Department, said last week, according to Puerto Rican business news publication News is my Business. According to the Internal Revenue Service, special rules apply to U.S. territories, and the payments are sent out through the territories’ tax authorities.

Since the aftermath of 2017’s Hurricane Maria , Cruz has emerged as a prominent voice who has drawn attention to the challenges facing the island. In the MSNBC interview, she also noted that crises like the pandemic and the hurricane disproportionately affect Puerto Rico’s poor and those who need to work to receive paychecks.

Cruz, who has previously come into conflict with President Donald Trump apparently for pushing him to further his support for the island after Hurricane Maria, also criticized the President’s lack of leadership during the pandemic. She denounced him for spreading false information about consuming disinfectants to curb the spread of the virus.

The IRS did not immediately respond to a request from TIME for comment. 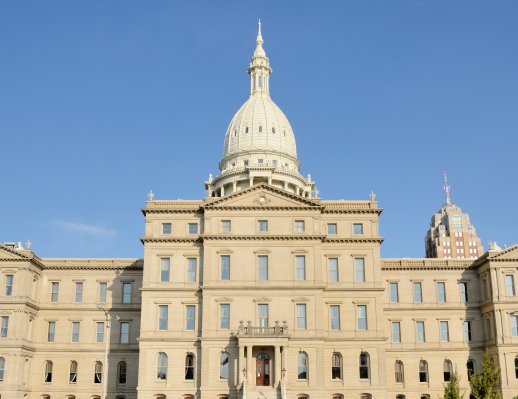 Mich. Lawmaker Apologizes for Confederate Mask
Next Up: Editor's Pick