Donald Trump: Puerto Rico Wants 'Everything to Be Done for Them’

President Donald Trump criticized Puerto Rico Sunday morning on Twitter, claiming there is “poor leadership ability” among officials and that they “want everything to be done for them” after Hurricane Maria devastated the island.

The series of tweets against Puerto Rican officials began when Trump said Mayor of San Juan Carmen Yulín Cruz has been “nasty” to him after after allegedly being asked to act that way by Democrats.

Cruz made a plea for help during a press conference Friday.

“I am begging you. Begging anyone that can hear us to save us from dying. If anybody out there is listening, we are dying. And you are killing us with the inefficiency,” Cruz said of Hurricane Maria’s aftermath.

When addressing Trump, she asked he make sure there is someone “up to the task of saving lives.”

Trump also said that leaders in Puerto Rico were “not able to get their workers to help” and credited federal workers for doing a “fantastic job.”

The comments come after Trump faced criticism over his response to Puerto Rico. 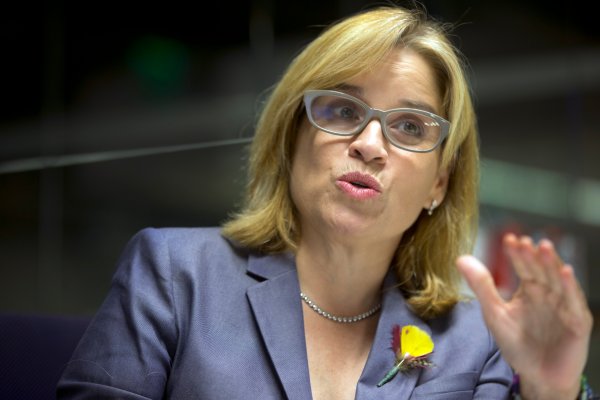 'We Are Dying and You Are Killing Us.' San Juan Mayor Slams White House Response to Hurricane Maria
Next Up: Editor's Pick