'There Are Going to Be Layoffs.' State and Local Governments Brace for Cuts as Budget Crisis Looms

Washington state has deemed Mike Yestramski’s job at Western State Hospital to be essential, so the 39-year-old social worker is still showing up for his shifts. Coronavirus has changed most things at the state-run mental health facility near Tacoma, he says. Patients’ trips to the gym aren’t happening, nor are the basketball games or group therapy sessions. Visitors for patients are discouraged. Then there’s the growing anxiety among the staff about what is happening in Olympia, the state capitol, where the Governor has already trimmed close to a half-billion dollars in new spending.

“We continue every day to come into work, to put our lives on the line, to serve our communities,” says Yestramski, who is president of the Washington Federation of State Employees, an affiliate of the nation’s largest public-employee union. “The added stress of people thinking that they might be laid off or having their hours cut or losing their health insurance — that’s not how you repay people who serve the most vulnerable people in our society.”

Yestramski is not alone in his concerns. As coronavirus has dried up business under stay-at-home orders, states are losing a crucial stream of revenue from drops in sales and personal income taxes, while at the same time facing steep costs in emergency relief efforts, paying newly unemployed people, and buying medical supplies. The twin pressures mean state and local governments alike are running out of money to pay the almost 20 million people they employ, according to the most recent Census data. Federal lawmakers in Washington, D.C., gave state and local governments one cash infusion in the CARES Act passed last month, but the new relief package that cleared the House on Thursday lacked any new funds for either. And after Senate Majority Leader Mitch McConnell said on Wednesday he’d rather allow states to declare bankruptcy than offer them a bailout, it’s unclear whether any more help is on the way.

Caught in the mix are the teachers and bus drivers, bureaucrats and police officers who make up the spine of the nation’s day-to-day life. In Honolulu, the Governor has proposed a 20% pay cut to public sector workers, including teachers. Los Angeles is requiring city employees to take 26 days — five weeks — of unpaid leave to help offset shriveling tax revenue. In Detroit, there’s talk of furloughing thousands of workers to patch a budget hole. Pennsylvania is telling employees like highway workers who can’t telework to use up vacation and sick leave to keep their checks coming.

The nation’s last major economic crisis, the 2008 financial meltdown, forced state and local governments to shed 3% of their workforce, or almost 600,000 jobs. Half of them were teachers. And while the state and local employees saw less of a slash than their private-sector peers, public jobs have been slower to come back, and have yet to match pre-2008 levels.

Coronavirus’ impact on states is almost certainly going to be worse. The non-partisan Center on Budget and Policy Priorities estimates states could face a half-trillion hole in their budgets over the next two years. The nation’s Governors are asking for that $500 billion to come from Congress soon. The nation’s largest public-sector union — the 1.4 million-member American Federation of State, County and Municipal Employees — is asking for $700 billion.

“If we don’t get this kind of support from the federal government, there are going to be layoffs. There are going to cutbacks in public services,” says AFSCME President Lee Saunders. “The people who have been risking their lives actually will get pink slips. The American people will not put up with that,” he says.

When states go broke, it’s not just the clerk at the DMV taking the hit. Downstream, millions of more jobs are covered in part by state budgets at non-profit groups, which as a whole make up the third-largest sector of the U.S. economy, behind only manufacturing and retail. “If the federal government doesn’t provide significant relief to the state government, then you’re going to see a significant drop in funding for non-profits,” warns United Way Worldwide President and CEO Brian Gallagher. While there’s often an uptick in charitable contributions during a crisis, it’s usually insufficient. After all, roughly one-third of nonprofits’ budgets come from state grants and contracts, according to the National Council of Nonprofits. “There is no doubt in my mind that there are going to be non-profits that go out of business and don’t survive this crisis,” Gallagher says.

Before coronavirus, states were ramping up their spending based on the strength of the economy. A National Association of State Budget Officers study found general-fund spending grew almost 6% during the fiscal year that ended on Sept. 30, 2019 — the fastest since 2007. The typical state also had a record-high average of almost 8% in their rainy-day funds.

But no state has enough cash tucked away to offset this brutal economic gouging, budget analysts warn, and their ledgers started to grow brittle. The losses of income in state-specific industries, like oil and gas and tourism, as well as drying up sale and income taxes have been catastrophic, and there is no end in sight. Cities and counties have a little more flexibility, but their cash stream is generally far smaller. By law, states have to pass balanced budgets. With less revenue, they’ll almost inevitably have to cut spending, and that means cutting jobs. “We’re expecting the magnitude of the revenue declines and increased spending demands to well exceed what states have in their rainy-day funds and reserves. They’re going to have to turn to other measures,” says Brian Sigritz, the director of state budget studies at the National Association of State Budget Officers.

Trying to keep that disaster at bay, both states and local governments have been aggressively lobbying the federal government for some relief. Reading through the lobbying disclosure reports on file with the Senate is like a geographic tour of the country; states like Georgia and Nevada have lined up top-tier lobbying shops with COVID-19 as the express reason for the hire, according to their Senate disclosure forms. But places like Johnson City, Tenn., Barstow, Calif., and Akutan, Alaska, have also specified the pandemic as reasons for spending money lobbying Congress.

The government cannot afford for states to lose millions of workers in the midst of this crisis. Unemployment insurance, food assistance to poor families and education programs for students with special needs are all funded, at least in part, out of Washington, D.C., but administered by states and local governments. “A lot of what the federal government does is actually through state and local,” says Max Stier, the President and CEO of the Partnership for Public Service, an advocacy group that promotes civil servants. “State and local workers are fundamental to delivery of services.”

And there are also other longer-term implications if states collapse. When states can’t patch their budgets, financial firms downgrade their credit rating. That makes it more expensive for them to borrow cash, and leaves less money to rebuild once the country emerges from the public health crisis. In some states, pension funds are also under threat from the coronavirus. Illinois is seeking $10 billion from the federal government to boost its chronically underfunded pension that is among the worst in the country. Absent the help, Illinois will continue borrowing cash to cover current costs, dig itself deeper into a borrowing hole and continue on a course that may leave lawmakers in Springfield covering interest on pension loans and not much else.

Right now, states have few good options. Health care costs, among the biggest expenditures in state budgets, are impossible to scale back right now. It’s also tough to imagine state officials telling schools scrambling to adapt to remote learning that they need to tighten their belts — but some are. States’ unemployment funds are being depleted at a rapid clip. In the short-term, states are looking at borrowing from lenders to backfill them, but tax hikes or benefit cuts will be the only remedy down the line without intervention from Washington, D.C.

Whether or not states and local governments get more funding in the next big aid package may be Washington’s next big fight. The CARES Act passed at the end of March included $274 billion to help state and local governments directly combat the coronavirus and another $150 billion to patch the hole in their sinking budgets. As lawmakers debated who to help as they tweaked that bill and passed a revision through the Senate on Tuesday and through the House on Thursday, Democrats sought more cash for states. But McConnell, who hails from a state with one of the biggest pension crises on its books, blocked any state and local aid from being included in the tranche of money.

Some Republicans have said they will deal with state and local needs in the next stimulus package. Now their success also seems uncertain. On Wednesday, McConnell floated the idea that rather than be bailed out, states should be permitted to declare bankruptcy and start fresh. “I think this whole business of additional assistance for state and local governments needs to be thoroughly evaluated,” McConnell told conservative radio host Hugh Hewitt. “There’s not going to be any desire on the Republican side to bail out state pensions by borrowing money from future generations.”

Democrats have vowed that any follow-up to the last aid package must have help for public workers outside the capital. “There just absolutely will not be another CARES package that won’t address the critical need for more state and local government funding,” says Rep. Gwen Moore, a Wisconsin Democrat who is working with nonprofit groups to get their share. “We realized immediately that it was short-funded. We did the best we could on the first round.” 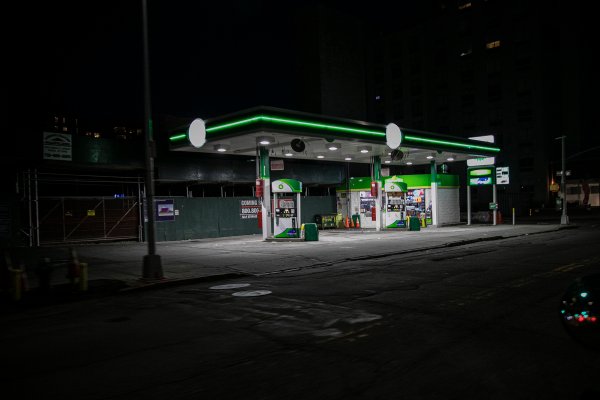 Will Low Oil Prices Help or Hurt the Fight Against Climate Change? That Depends on Us
Next Up: Editor's Pick