As people stay home in the hopes of preventing the further spread of the coronavirus, some people are fostering dogs to help ward off loneliness, strange dreams have become the norm for some, others are revisiting their teenage selves, while others get playful with Jekyll and Hyde alter-egos that emerge without warning.

Such is the case of the “Dadosaur” where a seemingly mild-mannered father transforms into a cake-eating monster at the mere mention of his name.

The dramatic and hilarious transformation was captured on video and shared on TikTok by user @olivemannella. In the brief video, the father is cutting an Easter cake when his daughter casually asks, “Hey, do you think Dadosaur wants some cake?” As her mother gasps in horror, begging him not to change, the mention of the “Dadosaur” seems to cause a Manchurian Candidate-like drive that cannot be stopped.

As the camera rolls, and his wife asks him to hold back, the father transforms into a goofy monster that dives face first into the cake, destroying it, while his daughters cackle in glee. He even climbs the counter—the smeared remains of the cake all over his face—clawing the air and squawking at his not-amused wife. Soon he emerges from the trance and apologizes to his wife, who seems torn between continuing to be annoyed and cracking up laughing with her daughters.

The video has become a welcome distraction in life right now as people wish they had a “Dadosaur” of their own. 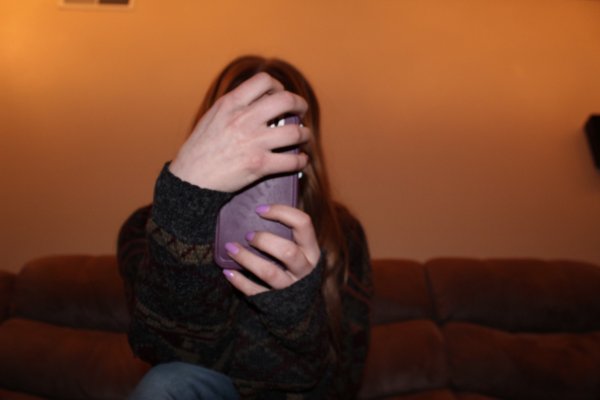 Families Travel Back in Time With Childhood Photos for the 'I’m Just a Kid' Challenge
Next Up: Editor's Pick