The U.K. government has changed its regulations on abortion to allow for women to take abortion pills at home without having to travel to a clinic, after an initial change to the regulations was announced in error last week. The new guidance means that women can access abortion care while also following the U.K. government advice relating to the coronavirus outbreak, which advises residents to only leave their homes for very limited purposes.

A Department of Health and Social Care spokesperson confirmed to TIME Monday that current guidance will be updated so women who need an abortion up to ten weeks and can’t access a clinic can use abortion pills at home. The change will be on a temporary basis only, limited for two years, or until the coronavirus crisis is over, in line with the same timetable as the emergency legislation introduced by the U.K. government last week.

“Public safety and continued access to key services is our priority during this difficult period,” the spokesperson said. “This measure will be on a temporary basis and must follow a telephone or e-consultation with a doctor.”

The move comes after an earlier announcement that the current laws would be amended was first made last week, when new guidance was published on the government’s website for four hours. The post was later deleted, with an accompanying explanation stating: “This was published in error. There will be no changes to abortion regulations”.

Under the existing legislation, women in England must take the first of the two pills required for a medical abortion in an abortion clinic, but may take the second pill at home, which should be taken 48-72 hours later. In Scotland and Wales, women can collect both pills to take home.

In 2018, there were more than 200,000 abortions in England and Wales, and medical abortions accounted for 71% of total abortions. Several organisations, including the British Pregnancy Advisory Service (BPAS), The Royal College of Midwives and the Royal College of Obstetricians and Gynaecologists wrote to Health Secretary Matt Hancock last week urging him to change the current law.

BPAS, which has campaigned for the new guidelines to allow women access to safe and effective abortion treatment while at home, welcomed the new measures. The charity had to close a quarter of its abortion clinics last week due to staff sickness and isolation.

“This service will not only support the thousands of women that would usually attend one of our clinics, it will also protect our staff and the many other people these women could come into contact with,” BPAS tweeted Monday. The charity has also said it hopes to be able to offer women a service where the pills are delivered straight to them.

In other parts of the U.K., abortion rights campaigners are advocating for the same measures. In Northern Ireland, where abortion became lawful relatively recently in October 2019, groups are petitioning the devolved government there to allow remote abortion provision and enable telemedical services and home use of both sets of pills as in the rest of the U.K.

Ann Furedi, CEO of BPAS, warned in a statement that women in Northern Ireland “are being forced to travel hundreds of miles via ferry and public transport to clinics in England at a time when they are also being told to stay at home to save lives.” 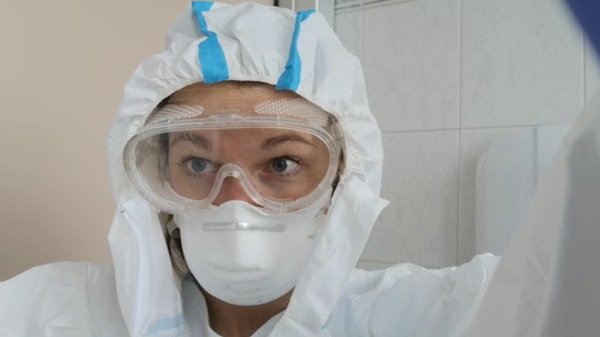 Young Medical Graduates Find Themselves on the Front Lines of Italy's Coronavirus Fight
Next Up: Editor's Pick