Your Guide to the Best BTS Memes on the Internet

There are few that embody global superstardom right now more than the seven members of K-pop group BTS: RM, Jin, Suga, J-Hope, Jimin, V and Jungkook. In 2019 alone, the BTS fandom, or the “A.R.M.Y.” (which stands for “Adorable Representative M.C. for Youth”), made up of millions of loyal supporters, dominated Twitter, clocking in at over 12 million mentions in the timeframe of just one week. To put that in perspective, that far outpaces artists like Taylor Swift and Harry Styles and with the recent release of their new album, Map of the Soul: 7, their influence stands only to increase as the year progresses.

So perhaps it should come as no surprise that BTS has become a favorite touchpoint for the Internet. Not only do their music and dance skills captivate fans online, but their charming personalities and quirks have lent themselves to viral moments on Twitter, Instagram, and other social media platforms, giving those online plenty to connect with. BTS’s fandom’s obsession has not only fueled the band’s popularity on the charts, but also given them some considerable online clout. Look no further than the evidence: the plethora of memes featuring BTS members, which in turn, have spawned a number of enthusiastic BTS meme accounts.

For BTS superfan Zoey Ali, who has been running a BTS meme account on Twitter and Instagram since May 2016, BTS memes are a way to connect with other fans and share their mutual love of the boys, whom she collectively describes as “extremely talented, humble, passionate and a bonus, good looking!”

“I needed a safe space to just fangirl about BTS without getting judged,” she tells TIME. “Through my account, I got to meet so many lovely people who share the same love and support as I do for BTS and that’s what made me happy. I also needed a space where I could share whatever I wanted, be it a photo or a video or a random meme about BTS and that’s why I started my BTS meme account.”

Ali says that the mark of a good BTS meme comes from “a mixture of relatability and humor,” pointing out that the BTS members are often very hilarious in their everyday interactions.

“Many of the ARMYs are from the younger generation that are into memes a lot, which is [the] reason why we love BTS memes,” she said. “I think ARMYs love BTS memes because it can make us smile and because we get happy just by looking at the boys, so memes of BTS are a bonus. I just love them for being my daily source of happiness and I’m sure other ARMYs feel the same way!”

While there are infinite excellent memes of the boys of BTS online, we’ve selected the ten most memorable and best memes of BTS below.

An interview with Entertainment Tonight at the 2017 American Music Awards struck Internet gold for the BTS Army, after V responded to a question about which member of the band would be most likely to be late to rehearsal. “Me, just me,” he said cheekily, birthing a meme that’s useful for any situation in which you need to affirm yourself.

Jungkook, the youngest member of BTS, was often spotted by fans with a blank stare on his face, giving him a perpetually confused look; as a result, the Internet dubbed this look “Jungshook,” a cute take on the slang term, “shook.” When combined with math equations, Jungkook’s lost look is one of the web’s most relatable and beloved memes.

When RM told Jimin, “You got no jams”

RM, or “Rap Monster,” the leader of BTS, came up with one of the most viral burns of his bandmember, Jimin, when he told him in a now-iconic vlog that he “had no jams.” While this might seem like a dig about Jimin’s musical abilities, it was a viral moment that came about because of a moment lost in translation. In Korean, the word for fun is pronounced “jaemi,” so RM’s use of the word “jams” was playful teasing about being “fun.”

Take a look at any image of BTS on the red carpet and there’s a good chance that Suga is posing with a hand sign in which he holds down his ring finger with his thumb, leaving his index, middle, and pinky fingers up. While many people online were initially puzzled by the significance of this hand placement, it was soon revealed that the sign is called “EMEKA” and means “peace, love, and unity.” The Internet continues to be tickled by Suga’s dedication to showing “EMEKA.”

BTS fans were more than amused after V accidentally uploaded a selfie to the official BTS account. While he quickly deleted the initial post, that was not before fans screenshotted the moment ad infintum. While V initially insisted that the person in the selfie wasn’t him and was due to a “glasses app,” fans found humor in the vulnerable selfie and use it now as a hilarious meme.

Seokjin, or Jin as he’s referred to by BTS fans, had a viral moment that became the stuff of K-Pop legend after exiting a car at the 2015 Melon Music Awards. Between his charismatic glances and his striking entrance, he was exited the “car door guy” and the mythos surrounding his charm began.

Jin’s emergence as the Internet’s new crush, the “third one from the left”

Jin became an international dreamboat online after an appearance at the 2017 Billboard Music Awards. While BTS was there to collect their historic win as the first Korean group to win “Top Social Artist,” it was Jin who won the Internet after he captured the attention (and hearts) of social media, who called him out as the “third one from the left.”

That time that Jin declared he was “Worldwide Handsome”

Jin’s legendary status among fans for his looks is something that isn’t lost on him, as confirmed by his self-proclaimed nickname, “Worldwide Handsome.” This moniker was officially verified in 2019, when he was voted the “Most Handsome Man in the World,” by King Choice, a K-pop and celebrity voting website, beating out the likes of his bandmate, V, and actor Chris Evans. Jin declaring that he’s “Worldwide Handsome,” however, remains a favorite practice of the Internet. 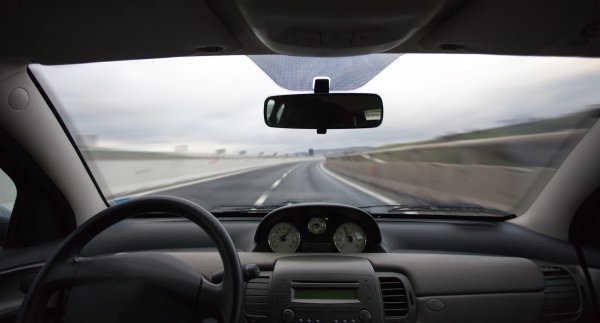 Parents Take 11-Year-Old Kid to Practice Driving Because They Were Tired of Him Playing Video Games All Day
Next Up: Editor's Pick