How Much Does COVID-19 Affect Millennials? New CDC Data Offer a Clue

A woman wearing a mask shops for cleaning supplies at a Kroger in Bloomington.
Jeremy Hogan—Barcroft Media/Getty Images
By Jamie Ducharme

Despite the fact that older adults are most at risk, Millennials have taken on an outsized role in the COVID-19 pandemic. During press briefings, the Trump Administration has zeroed in on young adults, calling on them, specifically, to stay home and practice social distancing to slow the transmission of the virus. Stories about healthy young people who contracted serious cases of COVID-19 have gone viral on social media.

Now, new data out of the U.S. Centers for Disease Control and Prevention (CDC) have thrust younger adults into an even brighter spotlight: it suggests adults ages 20 to 44 have accounted for nearly 30% of U.S. COVID-19 cases, and 20% of related hospitalizations. After adding adults ages 45 to 54, the percentages swelled to nearly 50% and 40%, respectively.

That’s a somewhat surprising finding, given the refrain that elderly adults are at by far the highest risk for serious illness and complications. It’s also a conclusion that should be taken with a grain of salt.

“For younger adults, the bottom line is there is still a small percentage that can get severe disease,” says Dr. George Anesi, director of the Medical Critical Care Bioresponse team at Penn Medicine. “In the overwhelming majority of cases, they do okay.”

On the whole, the report affirmed data out of China showing that older adults, who are likely to have underlying conditions and poorer overall health, are at the highest risk of dying or suffering very severe disease, while children are largely unaffected. Despite the relatively high number of young adults included in the new CDC report, it still backs up that conclusion. Younger adults may be getting sick, but not many of them are progressing to the ICU or death, the report shows. Meanwhile, about a third of confirmed U.S. hospitalizations were among people 65 and older—but more than half of patients admitted to the intensive care unit were in this age range, as was the vast majority of the (very small) pool of people confirmed to have died from COVID-19.

Only 5% of total U.S. cases were among people 19 or younger.

There are also caveats to all of the report’s numbers. It was based on the approximately 4,200 COVID-19 cases reported to the CDC by March 16. Given domestic testing shortages, that’s likely a gross underestimate of the total number in the U.S.

“We are prioritizing testing for more symptomatic and sicker patients, rather than testing everyone. We’re almost certainly missing less-sick patients,” Anesi says. Once we include them, “these numbers might look a little bit better, in that a lower proportion of patients [would get severe disease].”

Even within the report, a lot was unknown. The CDC could only confirm the patient’s age in about 2,500 cases. Only about 500 people were known to have been hospitalized, while 120 had been sent to the ICU and about 40 had died. That’s not to say the report is flawed, only that it’s preliminary. In this outbreak, as is always the case, numbers are shifting constantly. It’s important to get an early read on the situation, but that early read is likely to evolve considerably as time goes on.

To be sure, people of all age groups need to take coronavirus seriously. The CDC has urged everyone—young or old, sick or healthy—to stay home as much as they are able. The new data is a good reminder that no one is immune to COVID-19, and that everyone has a role to play in slowing its transmission.

Older adults need to be most vigilant of all, but “any adult of any age is certainly at risk,” Anesi says. “We need a full societal commitment to this. Life is going to look different for a while, and that’s important to be able to turn the tide on this.” 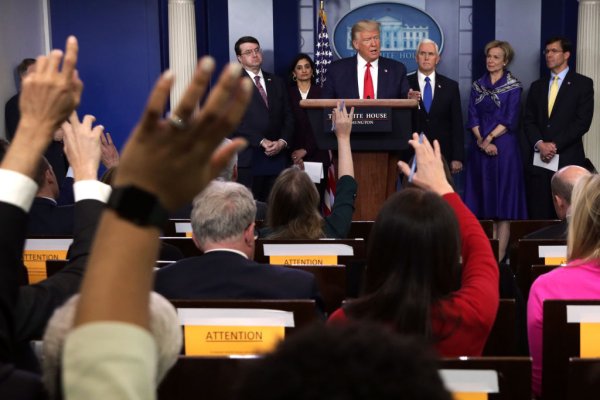