'It Was a Bad Week to Start Reading Station Eleven.' Author Emily St. John Mandel on Pandemics, Panic and Her New Book

In 2008, Emily St. John Mandel was working a day job at a cancer-research lab in New York when she learned of Bernie Madoff’s investment scandal. “It got me thinking about how much I liked my coworkers,” the novelist says, peering down at the wet sidewalks of Manhattan’s financial district from a restaurant lounge. “And how much more intense our camaraderie would be if we all showed up at work on Monday morning to perpetuate a massive crime.”

The story of Madoff’s infamous Ponzi scheme and the devastation it created looms over Mandel’s latest book, The Glass Hotel, out March 24. But Mandel, the 41-year-old author of four previous novels including the acclaimed Station Eleven, specializes in fiction that weaves together seemingly unrelated people, places and things. The Glass Hotel, which blends the story of an investor whose Ponzi scheme falls apart in 2008 with that of a woman who disappears from a ship in 2018, is no exception. “This book about a financial crime that is also a ghost story about container shipping,” she says. “Try crafting that elevator pitch.”

The kaleidoscopic novel jumps between perspectives and places, but everything ties back to a single moment in 2005 on Vancouver Island—where, at the secluded Hotel Caiette, a threat was etched on the lobby’s pristine wall: “Why don’t you swallow broken glass.” In tracing the ramifications of this offense, and so many others, Mandel asks if anyone is capable of truly starting over. There’s the hotel employee who wrote the message and changes course after getting fired. There are the financial advisers who committed high-stakes fraud for years, suddenly facing consequences. And there are the victims who lose everything. In The Glass Hotel, Mandel dissects the surreal division between those who are conscious of ongoing crimes, and those who are unwittingly brought into them. “Some people are absolutely shattered,” she says. “And others get a really interesting cocktail-party story for 20 years from now.”

Mandel herself believes in reinvention, the idea that someone can pick up and change everything about their life completely—like a friend she mentions who left her identity as a New York publicist behind to become a jewelry student in Italy. But there’s a downside: “You do absolutely lose things you loved about your previous life.”

That idea, explored in The Glass Hotel, is not new to Mandel’s work. The hugely popular Station Eleven, which has sold 1.5 million copies, captures a world forced to fully reinvent after much of the population is wiped out by a swine flu. Readers have been reaching out to Mandel, many in anxious Twitter missives, to comment on the eerie similarities between the present-day COVID-19 outbreak and her novel, musing on what the future will bring. “It was a bad week to start reading Station Eleven,” Mandel says.

For the most part, she’s avoiding the discourse, mitigating any risk that people might see her as capitalizing on the moment to sell her book. She’s as unsettled by the pandemic as anyone—when we met, she’d just finished rearranging travel plans—and is focused on remaining calm around her 4-year-old daughter, who has taken up lecturing others on proper handwashing.

While writing Station Eleven, Mandel channeled what has become a prescient anxiety. “Panic is too strong a word, but I did have terrible awareness of the fragility of civilization,” she says. The Glass Hotel doesn’t depict the end of the world, but it reinforces that idea; both books, in their ways, examine how we respond to chaos after catastrophe. “All of this, we take for granted,” Mandel says, gesturing to our surroundings. “It’s unsettling to realize how quickly this falls apart.” 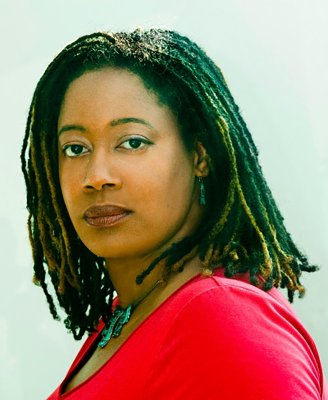 N. K. Jemisin on 'The City We Became'
Next Up: Editor's Pick