Why So Many Books Have 'Girl' in the Title

Take a look at some of the most influential, best-selling books of the past few years, and you’ll notice a similarity between them all: the word “girl” in the title. The Girl on the Train. Gone Girl. The Girl with the Dragon Tattoo. The Girls. Emily St. John Mandel, best-selling author of the National Book Award finalist Station Eleven, decided to delve into this recent trend in literary works in an article for FiveThirtyEight.

St. John Mandel used the popular website Goodreads to help track titles with “girl” in it, and gather data from those results. She and research assistants looked at the 2,000 most popular books with “girl” in the title. After eliminating children’s and young adult books and novels with less than 250 ratings on Goodreads, St. John Mandel was left with 810 options.

According to her data, 79% of the authors of “girl” books were women and 85% of the time, the “girl” made it through the novel alive. But, St. John Mandel added, “If a book with ‘girl’ in the title was written by a man, the girl is more likely to end up dead.” Using her data, St. John Mandel discovered that girls end up dead 17% of the time in books written by men, whereas only 5% for female authors.

St. John Mandel also makes it a point to distinguish between “girl” and “woman.” In many cases, the “girl” in the title is actually not an adolescent or child. St. John Mandel discovered that 65% of the time, the “girl” was in fact a woman, and only 28% of time the character was a “girl” (7% was indeterminate). St. John Mandel was fascinated by this discrepancy, and according to her editor Jennifer Jackson at Knopf, the distinction of “girl” rather than “woman” potentially “hints at a vulnerability that raises the stakes.”

The end of the “girls” trend is nowhere in sight for book titles, according to St. John Mandel. Her Goodreads analysis shows, “This year is shaping up to be the biggest year for ‘girls’ in fiction in decades, with nearly 1 percent of fiction titles featuring the word ‘girl’ in the title.” So don’t be surprised next time you head to the bookstore and see the word “girl” everywhere. 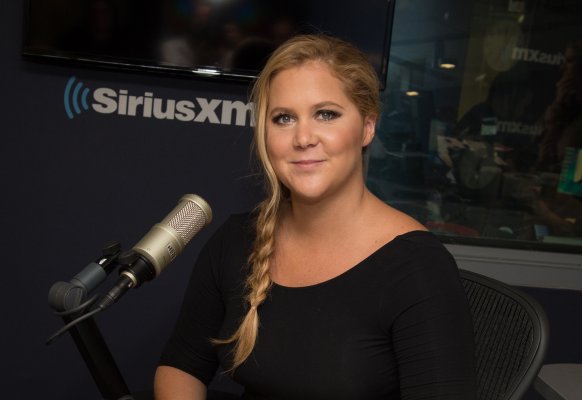 Amy Schumer's Feminism Can't Make Up for Her Racial Insensitivity
Next Up: Editor's Pick