Simone Biles celebrated her 23rd birthday over the weekend. This year, she had an important birthday request to make of USA Gymnastics: an independent investigation of Larry Nassar, the former Team USA doctor who sexually abused over 150 women and girls over the course of two decades, including Biles.

It all began when USA Gymnastics wished the four-time Olympic gold medalist a happy birthday on Twitter.

“HAPPY BIRTHDAY to the most decorated gymnast of all time, @simonebiles! We know you will only continue to amaze us and make history!” they tweeted.

Biles responded with a quote tweet and birthday wish of her own: “how about you amaze me and do the right thing… have an independent investigation,” she wrote.

Biles is one of the many women and athletes who came forward to say that Nassar abused them and has since called for an independent investigation by USAG and the US Olympic and Paralympic committees into the situation. Nassar is currently serving an effective life sentence on charges of child pornography and abuse.

Biles has been vocal about publicly calling on the USAG for more accountability as many of the victims have sued USA Gymnastics, Michigan State University and the U. S. Olympic Committee for being complicit in not reporting Nassar and not removing him from his positions despite reports of sexual abuse.

She is also one of several Olympic medalists who has criticized the USAG for their proposed $215 million settlement for abuse survivors, which would release U.S. Olympic officials, former USA Gymnastics officials and former coaches from litigation.

See Biles’ response to the happy birthday tweet below. 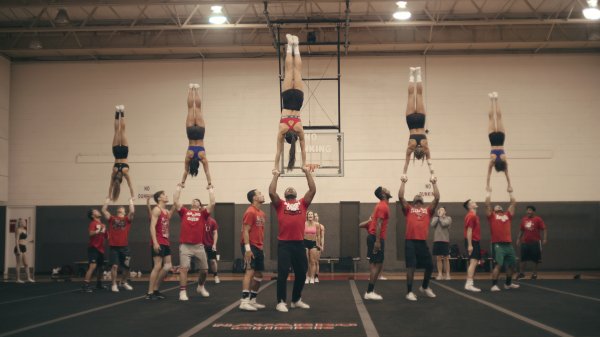 Why Isn't Competitive Cheerleading Considered a Sport?
Next Up: Editor's Pick