In a relatively lighthearted scene from HBO’s The Plot Against America, Rabbi Lionel Bengelsdorf explains to Evelyn Finkel the difference between two sacred Hebrew texts. “The Mishnah is the original oral law of the Jews as collected,” Bengelsdorf (John Turturro) says. “And the Talmud is volumes and volumes of rabbis and sages arguing about it.” Evelyn, a fragile woman played by Winona Ryder, smirks wryly. “Well, we do like to argue,” she admits. This, in my experience, is one of those pesky stereotypes with a basis in fact. Arguing isn’t just normal for Jews—it’s how we show affection. How could you possibly love someone if you don’t care enough to raise your voice in objection to their politics, their life choices, their poor manners?

It makes sense, then, that argument is the primary mode of conversation in The Plot Against America, debuting March 16, an incisive six-episode series adapted from the 2004 Philip Roth novel that imagines an alternate history in which legendary aviator and America First mouthpiece Charles Lindbergh defeats Franklin Delano Roosevelt in the 1940 election. At the center of this saga from The Wire and The Deuce creator David Simon and his frequent collaborator Ed Burns are the Levins, a working-class Jewish family in Newark, NJ. Occupying two floors of a shared house, insurance agent Herman (Homeland’s Morgan Spector) and his wife Bess (Zoe Kazan) preside over a clan that includes their two sons, artistic teen Sandy (Caleb Malis) and sensitive 10-year-old Philip (Azhy Robertson from Marriage Story); Herman’s orphaned, angry-young-man nephew Alvin (Anthony Boyle); and Evelyn, Bess’ older sister, whose life has been stymied by an obligation to care for their sick mother. Though they share blood, culture and heritage, each character reacts in a different way to Lindbergh’s ascent. And it’s their passionate debates, more than any sensational turn of events, that give the slow, deliberate show its resonance.

When we meet the Levins, in the summer of 1940, Lindbergh is launching his last-minute campaign on an isolationist platform that is nominally anti-war but transparently sympathetic to the Third Reich. He calls out Jews as war agitators—and as a bonafide American hero, he gets away with it. Though the Levins’ largely Jewish neighborhood remains a safe haven, anti-Semitism festers nearby. Herman turns down a promotion that might’ve bought the family a house after they’re harassed in what would’ve been their new hometown by German-Americans at a beer garden. An armchair leftist who follows the war in Europe via newsreels and listens to Walter Winchell on the radio, he sees right through Lindbergh and the “fascist bastards” who back him. The chronically insubordinate Alvin takes a more militant approach. “I’m tired of turning my cheek,” he declares, and sets about jumping drunk white supremacists with a crew of Jewish vigilantes.

But not everyone senses the threat. After the collapse of her affair with a married Italian man Evelyn meets Bengelsdorf, a smug rabbi from South Carolina with the accent and manner of an archetypal Southern Baptist preacher, who has been stumping for Lindbergh. (Amid so many naturalistic performances, Turturro’s operatic weirdness both sells his character’s unlikely take on current events and provides some comic relief.) “I explained to him that our people are committed irrevocably to America,” he assures her during a fancy dinner date. “Though Ireland still matters to the Irish and Poland to the Poles, Jews retain no allegiance, sentimental or otherwise, to those Old World countries where we were never really welcome. And from that meeting going forward, Lindbergh has not said anything derogatory about our people.”

John Turturro and Winona Ryder in 'The Plot Against America'
Michele K. Short/HBO

Bengelsdorf’s mistake is assuming the candidate targeted Jews out of ignorance, not malice. After the election, Lindbergh taps the rabbi and Evelyn—now a true believer in the President—to head the new Office of American Absorption, whose project “Just Folks” sends Jewish boys to stay with Christian farm families in hopes of assimilating them into the country’s so-called mainstream. Sandy, who still idolizes Lindbergh, eagerly signs up for a summer in Kentucky. But Evelyn’s collaboration strains her relationship with Bess—a loving, protective homemaker who’s distraught by her husband’s insistence that the family stand their ground despite increasing anti-Semitic sentiment. She wants to move to Canada like some of their friends.

The show isn’t filtered through Philip’s perspective to the same extent as the book is; Simon and Burns are wise to avoid the clichés of voiceover narration. But in its depiction of the way anxiety and confusion slowly extinguish his innocence, The Plot Against America registers the devastating effects of hatred and violence on a formerly carefree child. Not even a teenager yet, he learns the hard way that his selfish decisions can have unintentionally disastrous outcomes.

Simon is TV’s master of realism, and here the groundedness of his storytelling combines with the distinctiveness of Roth’s characters to deepen the political profundity as well as the visceral impact of this speculative fiction. Ryder, Kazan, Turturro and Spector are all spectacularly alive in roles that require them to give fiery speeches and have emotional breakdowns without appearing rehearsed. Everyone’s point of view is comprehensible, if not necessarily sympathetic. The look of the show is haunting in its familiarity. Pale golden light suffuses each scene, evoking nostalgia for Norman-Rockwell-era America even as we watch Lindbergh’s administration attack the inclusive principles that had brought so many immigrants to its shores.

Yes, the show is “relevant” now, like every recent TV series that reckons with bigotry and authoritarianism, from HBO’s brilliant Watchmen to Amazon’s awful Hunters. Yet to obsess over the timeliness of its white-supremacist villains is to minimize the universality of its psychological portraiture. (Take the story literally, and you may also be frustrated by its lack of interest in other American minorities and how blithely it ignores the fact that Japanese internment doesn’t diverge much from what it frames as a nightmare.) By tracing the disagreements that divide the Levins—and often paralyze them in moments of crisis—over the course of two years, it demonstrates how a threat too huge and insidious to wrap one’s mind around can creep into lives that are already overstuffed with school, work, family, romance, money troubles, career aspirations, partisan allegiances. They become a microcosm for a society where even those who aren’t motivated by hate can do monstrous things to their neighbors out of fear, foolishness or self-interest—where being outraged and paying attention are only half the battle. 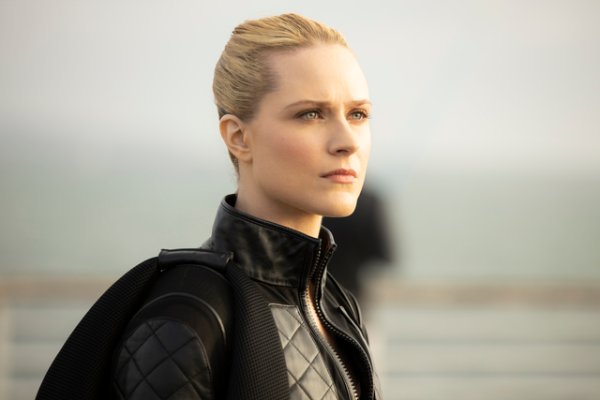 Even After a Hard Reset, Westworld Season 3 Feels Like a Long Con
Next Up: Editor's Pick