John Turturro Is an Elena Ferrante Fan and Thinks More Men Should Be, Too

Dozens of high-profile Elena Ferrante fans participated in events around the U.S. this week in celebration of her two new books, the non-fiction collection Frantumaglia and the children’s book The Beach at Night. Perhaps the most famous of her fans to take part in an event: the actor John Turturro, who appeared on a panel at Brooklyn’s Community Bookstore on Thursday night.

Turturro, whose parents were Italian and whose documentary Passione depicts music culture in Naples, first picked up Ferrante’s novels after seeing the film adaptation of Troubling Love. “I always look for Italian writers,” he told TIME, and he devotedly read Ferrante’s other novels, including her internationally bestselling Neapolitan quartet, which begins with My Brilliant Friend. The series tells the story of two friends growing up in a violent and struggling neighborhood, each of them trying to escape to a better life while fending off abuse.

On the panel, Turturro described the book as having a “civilizing” effect, exposing male readers like himself to what it’s really like to live life in a female body. “It’s great when someone can bring you into another experience,” he says. “More men should read them.”

Ferrante continues to maintain the veil of pseudonymity after an Italian journalist claimed to expose her identity last month. Like many of Ferrante’s other admirers, Turturro said he was disappointed by the report. He said he felt a virtue of the books was not knowing who wrote them. “The less I know about someone,” he said on the panel, “the more they can reveal themselves.”

Turturro is sitting in the writer’s chair himself these days; he’s working on the film Going Places, which is both a remake of the 1974 French film of the same title and a spin-off of The Big Lebowski, focusing on his character from that 1998 movie, Jesus Quintana. The French film “was written at a very different time,” he said, and it was extremely controversial when it came out. But despite being politically incorrect, Turturro said he was drawn to it and was reassured that one of the director’s great champions was the film critic Pauline Kael.

“At the core is irreverence and a sense of freedom,” he said, as well as “an element of how stupid men are.” 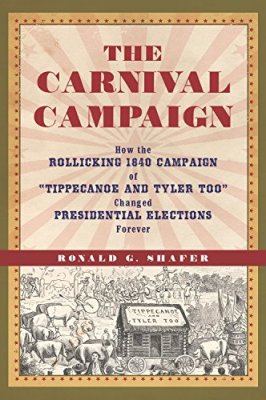 The Thank-God-It's-Almost-Over Presidential Election Quiz
Next Up: Editor's Pick