Taylor Swift and Jason Derulo may have contributed songs to the Cats soundtrack, but perhaps the producers should have just had this actual cat score the film.

In a video shared by DJ and record label owner Wylie Cable, a cat can be seen waving its paws in the air while a odd noise emanates from a red box. As the cat moves, the sound shifts and changes, evolving from ethereal arias to scratchy white noise. It all completely bewilders the furry little musician who stands on its hind legs to get a better angle on whatever the heck is happening, only to have the sound change again. Naturally it tries to bite the air, but since there‘s nothing there, the effort is fruitless. The confused cat does not seem to realize it’s playing a theremin—and neither does its feline audience watching the performance in awe.

The invisible instrument as it is known was invented in 1919 by a Russian physicist named Lev Termen, according to CBS News, who in the west was known as Leon Theremin. Termen discovered the unusual instrument quite by accident while working on a machine that would measure the density of gases. When he his hand neared the machine, it would squeal, when he moved away, it became a lower tone. As he moved his hands through the air, he started to play melodies, and soon the theremin was born.

The theremin works thanks to two antennas – one controlling pitch, the other controlling volume,
according to Theremin World’s website. As a hand—or paw—nears the antennas, the pitch and volume change, but as the cat demonstrated in the video, no one, human or cat, need to touch the instrument to play it.

The theremin’s eerie, otherworldly sound were the perfect soundtracks to sci-fi films like The Day the Earth Stood Still and It Came From Outer Space, Alfred Hitchcock’s Spellbound, Captain Beefheart songs, and, naturally, cat videos making their way around the internet. 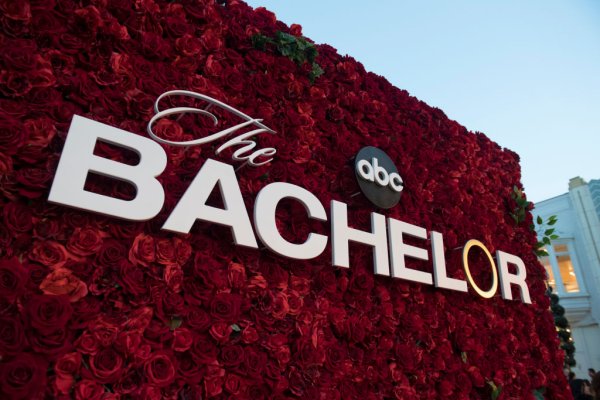 Peter's Mom Barb From The Bachelor Has Spawned Some Truly Good Memes
Next Up: Editor's Pick