If you’re having an issue with your cat climbing all over your kitchen counters, then the tin foil trick may be for you.

Since most cats dislike the way aluminum foil feels and sounds under their paws, it can be an effective deterrent for keeping them off of a surface you don’t want them to walk on. At least, that’s certainly true for the cat in a now-viral video that was recently shared by YouTube channel ViralHog.

“My cat won’t stop jumping up on the kitchen bench, so I googled ways to stop that,” the cat’s owner explains at the beginning of the clip. “Apparently all you need is some tin foil.”

This is followed by the owner laying down the foil and secretly filming as his cat prepares to jump up. In a hilarious sequence that seems to prove the trick works, the cat proceeds to make its leap but rebounds off the counter as if it was hit by an electric shock as soon as its feet touch the foil. It then scurries out of the room without even attempting a different approach.

Watch the video of the cat reacting to tin foil below. 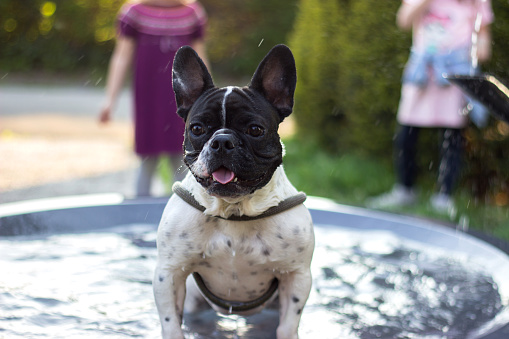 Dog Gleefully Playing in a Water Jet Is the True Spirit of the Internet
Next Up: Editor's Pick