Nobody likes getting a whiff of their favorite food without knowing that they’re also at least going to get a taste of it. But this tuna-obsessed cat takes things to the next level when her owner dares to dine on a can of solid white albacore or chunk light without her.

In a Twitter thread that has gone massively viral since it was posted on Monday, Jesse Nowack took his fellow Twitter users through the process of opening a can of tuna when his cat is in the kitchen with him. Highlights included Nowack imagining his cat saying things like “SECOND dinner??” and “Father you have provided SeA MEaT” while he attempts to keep her away from his meal.

Nowack went on to say that it doesn’t even matter if the can isn’t tuna until his cat has been able to confirm that with her own nose. “She does this with ANY can,” he wrote. “I opened beans the other day and she was SO pumped and then I let her smell it and the look of pure betrayal on her face cut me deep inside.”

And the worst part? Nowack’s cat apparently doesn’t forgive or forget very easily. “Fur daughter has knocked over the hamper in defiance and will NOT be SILENCED,” he captioned a photo of her peering out from the laundry basket.

But don’t worry, a study published in March 2017 by scientists from Oregon State University determined that cats do in fact care about people more than food. Take comfort in that, cat owners. 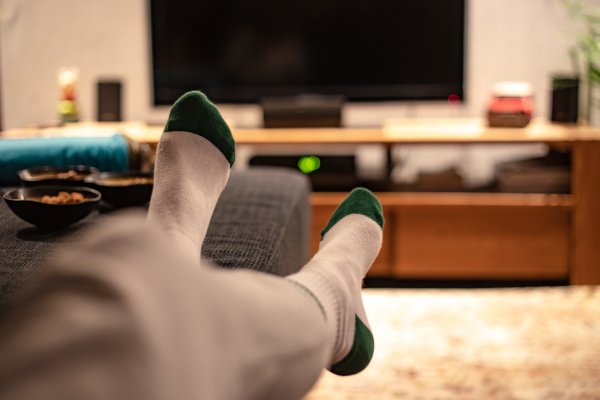 Calculating Cat Thinks Long and Hard Before Ultimately Starting a Conflict
Next Up: Editor's Pick