Sen. Kamala Harris endorsed Joe Biden on Sunday, saying she would do “everything in (her) power” to help elect him in his presidential bid.

“I believe in Joe,” Harris said in a video statement posted on Twitter. “He is a public servant who has always worked for the best of who we are as a nation and we need that right now.”

Harris, who left the presidential race in December citing a lack of financial resources, previously had tense encounters with Biden on the debate stage — most notably over the issue of busing and Biden’s civil rights record. She criticized his position on busing and school desegregation in the 1970s and brought up her own experience being bused to a different school. Biden said he wasn’t ready for Harris to “come after” him in that way.

After Harris’ exit from the race, Biden praised her capabilities, even saying he would consider her as a potential pick for Vice President.

Jackson said he chose Sanders after the Vermont senator’s campaign offered responses on issues important to Jackson, including protecting voting rights, committing to putting an African American woman on the Supreme Court and increasing funding for historically black colleges and universities, according to an endorsement statement from Jackson included in a Sanders campaign email.

Jackson’s statement noted that, “The Biden campaign has not reached out to me or asked for my support.”

The Sanders campaign said that Jackson would speak later in the day at an event with the senator in Grand Rapids, Mich.

Sanders said on ABC News on Sunday that his presidential bid had the “support of virtually every major grassroots organization.”

“We’re not going to get the support of most elected leaders: not most governors, not most senators but we are winning the support of grassroots America because we have an agenda that speaks to working people,” Sanders said. 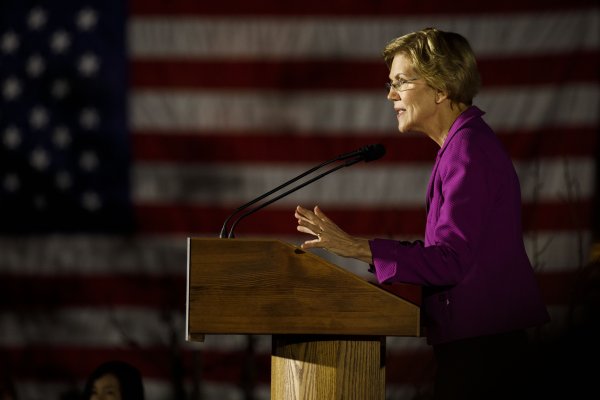 Elizabeth Warren's Donors React to Her Exit
Next Up: Editor's Pick