Former Vice President Joe Biden defended his civil rights record and said he wasn’t ready for California Sen. Kamala Harris to go after him on his past stance on busing during the first round of 2020 Democratic primary debates.

He added: “She knew Beau, she knows me,” referring to his late son Beau Biden.

During the debate in June, Harris confronted Biden in one of the most dramatic moments of the debates. She criticized his position on busing and school desegregation in the 1970s, referring to her own experience being bused to a different school. In 1975, the then-senator backed an anti-busing measure from Sen. Jesse Helms, an opponent of civil rights. He later worked to stop the Justice Department from using busing to desegregate schools, and worked with segregationist senators like James Eastland and Herman Talmadge.

The clash between Harris and Biden became a debate flashpoint, sending her soaring in post-debate polls, while he has seen a slump. Recent polls found that support for Harris shot up to 14.7%, up from 7%, putting her in between Vermont Sen. Bernie Sanders and Massachusetts Sen. Elizabeth Warren. Biden still leads the polls, but support has gone down to 27.2% from 32.1%, according to poll averages compiled by RealClear Politics.

Speaking with CNN, Biden said his stance on busing was taken “out of context” and defended his previous position. He said “busing did not work” in school desegregation efforts and the African American community in his state of Delaware “did not support” busing.

Biden said he did not push those points as much during the debate to avoid “getting in that scrum.”

“Do you think the American public looked at that debate, take me out of it, and thought, boy, I really liked the way that’s being conducted?” he said. 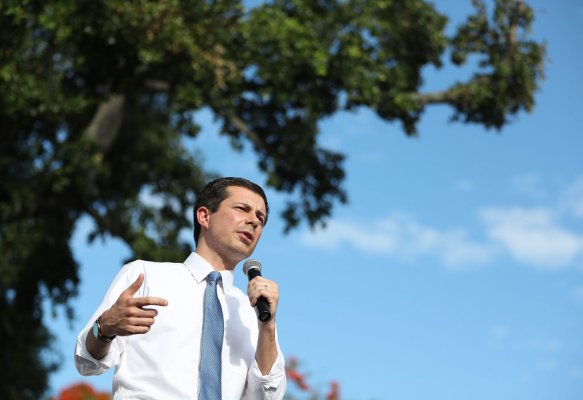 Criminal Justice Reform Is Proving a Tricky Subject for Many of These 2020 Democrats
Next Up: Editor's Pick