Coronavirus: A Glossary of Terms to Help You Understand the Unfolding Crisis

Two of the most widely felt symptoms of the coronavirus are uncertainty and confusion. Part of this is about jargon. A doctor can make bad news even more alarming by using scientific terms that the patient doesn’t understand. And it doesn’t help the masses trying to get a grasp on just what — and how bad — the situation with this virus is when discussions about it inevitably drift into technical territory.

The news is a whirl of unfamiliar words, and so one place people are turning for a little clarity and comfort is the dictionary. At TIME’s request, Dictionary.com and Merriam-Webster analyzed their website traffic data to see which words users were looking up more than usual, in connection with coverage of the coronavirus. Using those insights, TIME has assembled a glossary for navigating this crisis, along with some context about where these words come from.

The word virus comes from a Latin word meaning venom and describes a tiny, tiny agent that causes infectious disease. Coronavirus is a family of viruses that got its name from its appearance.

The word corona means crown. The scientists who in 1968 came up with the term coronavirus thought that, under a microscope, the virus they were looking at resembled a solar corona: the bright crown-like ring of gasses surrounding the sun that is visible during a solar eclipse. (The beer brand Corona, incidentally, based its logo on the crown atop the Cathedral of Our Lady of Guadalupe in Puerto Vallarta.)

Though the disease currently spreading around the globe — COVID-19 — is often called coronavirus, it’s really a disease caused by one type of coronavirus: SARS-CoV-2. Calling this particular one novel coronavirus is simply a way of making it clear which coronavirus is at issue: the new one.

As Dictionary.com breaks down in a thorough explainer, the name COVID-19 was derived from the year it was first detected (2019) and using letters from CO-rona-VI-rus D-isease. If you’re wondering how to say it, a helpful (if somewhat glib) reminder is that it can be said and read with the same cadence as “Come On, Eileen.”

These are crescendoing terms. Per Merriam-Webster, an outbreak is “a sudden rise in the incidence of a disease,” which is usually confined to one area or group of people. When there are enough outbreaks, in places beyond that initial spot, that amounts to an epidemic. A pandemic is an epidemic that has become a worldwide phenomenon. When does something officially become “worldwide”? There’s no absolute answer.

On March 11, the World Health Organization officially declared that a pandemic was underway, noting “alarming levels of spread and severity.” The WHO had resisted using that word even as outbreaks were reported in scores of countries. Such a decision can hinge on many factors, like whether the disease is spreading in additional places only because travelers had been to the site of the initial outbreak, as well as concerns about terminology causing markets and hopes to sink.

The prefix pan- suggests the whole of the universe or mankind. The pan in pandemic is the same one in pandemonium, a description of uproar that originally referred to the place where all demons dwelled; and Pangea, the vast supercontinent, comprising all the land on Earth, that is thought to have once existed.

The word quarantine, explains Merriam-Webster Editor-at-Large Peter Sokolowski, originally referred to a period of 40 days. The word’s earliest known uses were in religious contexts, like describing a 40-day period of fasting that emulated the 40 days Jesus fasted in the desert. It was also used in legal contexts, like describing the period of time that a widow could remain in her deceased husband’s home before she started owing somebody rent.

In the Middle Ages, Italians adopted that word to describe a 40-day period that boats had to wait before docking, to ensure the passengers weren’t sick with the plague before they were allowed to join the population on land. It’s from this use that we eventually got the term that’s all over the news today.

If one is in quarantine, that’s good news in a way. The word typically describes the confinement of people who appear healthy but could have the disease. (When someone is determined to be sick and is kept apart from others, that is known as isolation.)

To self-quarantine suggests that one is voluntarily confining themself by, say, staying at home, versus being legally confined to a military base by the U.S. Marshals Service.

When the Chinese government effectively cut off some 50 million people in Wuhan, the location of the first outbreak, that was most aptly described as a cordon sanitaire. That French term, which came into use following the flu pandemic of 1918, describes roping off a whole community, which might contain sick and healthy people, and preventing anyone from leaving in order to curb the spread of a disease.

Many of the words that are seeing the biggest spikes on Dictionary.com are exotic ones like coronavirus. But senior research editor John Kelly says people are also looking up more familiar fare: words like symptom, a sign or indication that someone has a disease.

Symptomatic cases of COVID-19 include things like fever, cough and shortness of breath. One of the big questions health officials have been racing to answer is whether, and how long, someone might have the novel coronavirus while being asymptomatic: not showing signs that they have the disease.

This is related to a virus’ incubation period, the length of time between when an infection begins and when there are apparent signs of the disease. The Centers for Disease Control and Prevention (CDC) is operating under the assumption that COVID-19 has a two to 14-day incubation period, based on what officials have seen with other coronaviruses.

Kelly also says Dictionary.com has seen spikes in lookups for words as simple as spread. How the novel coronavirus is passed from one person to another remains of central concern for health officials, as is tracking the way it moves. In late February, the CDC announced that there might have been an instance of community spread in the United States, meaning the “spread of an illness for which the source of infection is unknown.”

This is potentially unsettling. If someone in the U.S. tests positive for the coronavirus after traveling to China, health experts have a good idea of how they got sick. When someone tests positive who has not traveled outside the country or knowingly come in contact without anyone else who has the disease, the picture is less clear. All it suggests is they got it from someone else in their own community.

Kelly says Dictionary.com has also seen spikes for words like communicable (an adjective that describes diseases that can be transmitted; COVID-19 is communicable, cancer isn’t) and contagion. The latter has several meanings but often refers to the spreading of a disease, as in, “The best way to break this cycle of fear and further contagion is to dispense with zero-sum thinking and stitch together a safety net big enough, and strong enough, for everyone.”

Though the word morbid is frequently used to describe someone who is really gloomy, it originally meant “relating to disease,” per the Oxford English Dictionary. From there it came to describe unhealthy people and then people who had an unhealthy preoccupation with disease or other disturbing subject, like death. From there it is a short jump to brooding. The word mortal comes from roots meaning “subject to death.”

While no amount of vocab-expanding will quell all the uncertainty around COVID-19, understanding the terminology can be helpful. “We need factual information, we crave it,” says Merriam-Webster’s Sokolowski. “The dictionary does serve as a kind of backstop, for some people, for some ideas.”

As the COVID-19 outbreak has grown, various local and national health officials have suggested social distancing measures to slow the spread of a disease. These are courses of action designed to limit when and where people gather.

In California’s Santa Clara County, for example, on March 9, officials temporarily banned gatherings of more than 1,000 people in the wake of a COVID-19-related death. In an area of New York state that had seen a cluster of cases, officials announced on March 10 a two-week closure of schools, houses of worship and other large gathering places.

This term can also be used to describe actions taken by individuals, like choosing not to take public transportation or opting to shop from home instead of going to the store. Social distancing measures might also include businesses telling employees to work from home or executives meeting via video call rather than in their usual conference room.

In other contexts, social distance can refer to other phenomena, like an individual’s emotional feelings of separation from others or the intimacy that exists, or doesn’t, between different classes or ethnic groups. In the case of COVID-19, it generally describes actions taken to minimize contact among people.

When public health experts talk about “flattening the curve,” they are referring to the rate at which people become infected with the novel coronavirus. If that rate is pictured as a curve, they would rather it look low and long than high and narrow.

As TIME has explained elsewhere, “The goal is to avoid a sharp, concentrated uptick in cases that exceeds the capacity of the health care system, in favor of a lengthier outbreak that stays within the bounds of what the system can handle — resulting in fewer people getting sick and dying overall.”

COVID-19 is a zoonotic disease, which means it exists in animals but can also infect humans. A report from the WHO suggests that bats might have been a host of the virus, though it could have passed through other species before arriving on humanity’s doorstep. Experts continue to trace its origins. Zoonotic diseases, including things like Lyme disease and E. Coli, are common. According to the CDC, about 75% of emerging infectious diseases in people come from animals.

Dictionary.com has also seen an uptick in searches for the word vaccine. The idea behind them is fairly simple: inject a person with a weak version of the same virus that causes a disease — weak enough that it doesn’t make the person sick, but potent enough that it stimulates the person’s immune system to produce antibodies that can vanquish that disease. As the CDC puts it, “After getting vaccinated, you develop immunity to that disease, without having to get the disease first.”

When enough people in a given population have taken an effective vaccine, that community develops what is known as herd immunity: people are more protected from getting the disease, even if they haven’t had the vaccine, because the vast majority is immune and incapable of spreading it. Right now, testing is underway for a vaccine that could protect individuals from COVID-19, though it will likely take a year to complete.

This story will be updated as new terms become relevant to understanding the global COVID-19 outbreak. 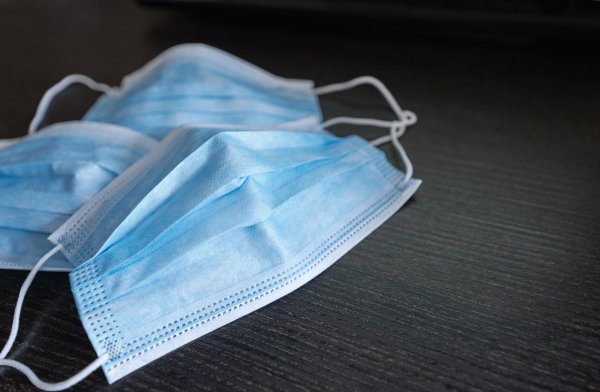