The U.S. Government Is Quarantining More Than 800 Americans. Here's Why That Very Rarely Happens

A team in white biohazard suits watch as some of the approximately 200 passengers walk to waiting buses upon arriving on a charter flight from Wuhan, China, after landing at March Air Reserve Base in Riverside, CA, on Jan. 29, 2020.
Will Lester/MediaNews Group/Inland Valley Daily Bulletin—Getty Images
By Katy Steinmetz

A typical room has a ceiling fan, striped wallpaper and floral curtains. Above a neatly made bed is a chintzy print showcasing a cobblestone alley. In communal areas, residents have space to watch big-screen TVs or throw around a football or read a book under a tree, and the U.S. Marshals Service is providing security.

Such are the conditions at the March Air Reserve Base in Riverside County, Calif., where 195 people are subject to the first mandatory quarantine orders issued by the Centers for Disease Control and Prevention (CDC) in more than 50 years. Like more than 600 other people assigned to five other military bases around the country, these Americans were recently evacuated from China’s Hubei province, the site of the novel coronavirus outbreak that has now claimed more than 600 lives.

All but two of those deaths have occurred in mainland China, where more than 31,000 cases have been confirmed. The crisis is now creeping around the world, with cases reported in more than 24 other countries, including 12 in the U.S.

There is widespread anxiety about sickness, and much is still unknown about the virus, including whether people without symptoms are capable of spreading it. Facing such uncertainty, the CDC took the extraordinary measure on January 31 of drawing on legal authority that the department hasn’t used since the 1960s — when officials were combatting smallpox — to impose a mandatory, 14-day quarantine on recently repatriated Americans who had been in Hubei. Two weeks is the likely incubation period for the virus.

“We are taking measures to minimize any contact. We expect confirmed infections among these and other returning travelers from Hubei province,” Dr. Nancy Messonnier, director of CDC’s National Center for Immunization and Respiratory Diseases, said in a briefing on Feb. 5. “Now is the time to act so that we can slow the introduction and impact of this virus in the U.S.”

A few days earlier, when the federal government announced the quarantine, Messonnier called the action “unprecedented.”

There are several good reasons that ordering a quarantine is something that U.S. public health officials rarely do.

Finding quarters can be a challenge

For starters, the government does not have dedicated quarantine facilities just waiting to be used, explains Arthur Reingold, professor of epidemiology at the University of California, Berkeley’s School of Public Health.

Quarantine refers to the containment of apparently healthy people who may be incubating a virus they’ve come in contact with. (Isolation is the term for confining someone who is already sick.) In previous eras, this was often done on sea-going vessels. Passengers who might have a sickness like the plague would wait out the likely incubation period on a ship before being allowed to land. “But quarantine vessels went out of business a long time ago,” Reingold says.

Faced with a need to suddenly house hundreds of people, the Department of Health and Human Services turned to the Department of Defense, and six military bases were made available. The main criteria in choosing them, a DoD spokesman says, was their ability to comfortably house approximately 250 people in one or two buildings, like an on-base motel where everyone has their own bathroom, and close proximity to a hospital. Locations in the West, given the shorter flight distance from China, were also preferable, which is why half of the bases are in California, with one more in each of Colorado, Texas and Nebraska.

Even with locations secured, executing humane quarantines involves a lot of logistics, and that doesn’t come cheap. There are transportation and ongoing housing costs. Individuals need to be fed and regularly checked for symptoms. It requires medical care on-demand. And there’s security and maintenance to consider.

The CDC and HHS have not responded to requests from TIME asking about cost estimates for the current quarantines or whether the department will cover all costs. The HHS, which oversees the CDC, announced on Feb. 3 that it was making $250 million in emergency funds available to generally cover response, including screening and monitoring of U.S. citizens returning from various parts of China.

Tabulating the bills may also be a messy business. The DoD, for example, tells TIME that it expects full reimbursement for all costs from HHS. So does the state of California. A spokesman for Riverside County, meanwhile, says that while they hope to get reimbursed, it’s not been made clear if it will be.

With five county departments supporting the quarantine at March Air Reserve Base, including the provision of staff that includes doctors, nurses, behavioral health specialists and epidemiologists, as well a mobile health clinic that is at the base in case individuals get a migraine or scrape a knee, the estimated costs for the county alone are an estimated $115,000 per day.

“Clearly the cost element of it is not a factor when we’re asked to provide services on an urgent basis. Our first priority is to figure out how to do it and then do it,” Riverside County spokesman Jose Arballo, Jr., says. That said, he adds, “The county isn’t in a situation where it’s flush.”

Putting aside the incalculable value of preventing an outbreak of the coronavirus, quarantines can potentially be cost-saving in the long run. “While expensive it’s more than worth it,” Larry Gostin, an expert in public health law and professor at Georgetown University, writes in an email. “It prevents spread of disease and serious illnesses. And it’s far less costly than having to hospitalize many patients who could contract the coronavirus infection.”

People’s freedom must be limited carefully

Another reason mandatory quarantines are uncommon in America is that they are, of course, coercive. Though federal and state governments have the legal ability to impose quarantines in the name of public safety, the ACLU has raised concerns about the government controlling people’s freedom of movement and noted that individuals’ livelihoods can be put at risk if they’re unable to work for weeks at a time. (The CDC has not responded to a request from TIME about whether the department will cover lost wages for individuals under quarantine orders.) It can also cause disruptions in childcare.

Soon after the 195 people arrived at March Air Reserve Base, one individual did attempt to leave and was ordered back. Otherwise, Arballo says, the individuals in quarantine have been cooperative and “appreciative of the work being done.” Attitudes may have been tempered by gratitude that the U.S. government helped them escape the epicenter of the coronavirus outbreak, as well as knowledge that spread of the disease would be harmful. The U.S. Marshals Service says that agents have not had to stop anyone from leaving — that no one is revolting — but in the unlikely event that someone did, they would intervene.

Georgetown’s Gostin has noted that there is a world of difference between today’s relatively small quarantines at American military bases, where people are housed in the equivalent of a modest hotel room, and what is happening in China, where the government has essentially put 56 million people on lockdown in an attempt to stop the spread of the coronavirus. Such extreme actions can cause panic, drive the epidemic underground and potentially make it worse, leading to cross-infection and social isolation, he explains. People may have difficulty accessing basic necessities, much less sufficient medical care.

The Americans quarantined at the March Air Reserve Base, in contrast, requested and were brought beer to enjoy while watching the Super Bowl.

The efficacy is unclear

Even when quarantines are imposed on narrow populations and rolled out compassionately, it’s not clear how effective it is to limit the movement of people who aren’t showing symptoms, Berkeley’s Reingold says. “For many infectious diseases, transmission basically is limited entirely or almost entirely to people who are symptomatic,” he explains. “Quarantining asymptomatic individuals has generally been viewed as a low priority.”

Yet, in the case of the new coronavirus, there has been conflicting evidence about whether asymptomatic people are contagious. “Until we know more, given the concerns, given the anxiety, this is a reasonable measure to take,” Reingold adds.

W. Ian Lipkin, director of the Center for Infection and Immunity at Columbia University, recently traveled to Beijing and Guangzhou. Upon returning to the U.S., he decided to self-quarantine for 14 days because the CDC views those areas of China as medium risk. He is currently in his cabin in upstate New York, writing in to his lab with temperature and status reports.

When asked for his thoughts on the quarantines, he responded with concerns about being objective given that he has been personally affected. “The new coronavirus is highly transmissible,” he wrote in an email. “Thus, I appreciate the concern underlying the decision to impose quarantines. I’m not sure that we need 14 days.”

While mandating quarantines could be an expensive and cumbersome overreaction, CDC’s Messonier suggested the department would rather be remembered for doing too much rather than doing too little as scientists race to learn more about the virus. And experts say Americans should feel reassured that they live in a wealthy country where expensive overreactions are an option. Populations who live in poor countries in Asia or Africa, where officials have more limited capabilities of response, are at higher risk if the coronavirus starts to spread.

At the March Air Reserve Base, two individuals — both children — have been found to have fevers. One was transported to a nearby hospital on Feb. 3, with a parent, and was transported back to the base when tests for the virus came back negative. A second was transported on Feb. 5. As of Friday morning, they remained in isolation at the hospital awaiting test results. 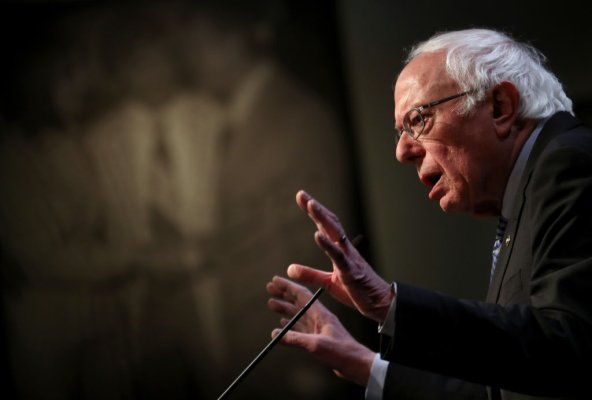