Last week, the first volunteers in a study of an experimental COVID-19 vaccine received their first doses, and the vaccine’s developer, Moderna Therapeutics, is already thinking ahead. Although testing on the vaccine will take at least a year to complete, the work could provide valuable information about how the immune system can fight coronaviruses and could give scientists a head start if any new outbreaks of the virus were to occur.

Non-essential staff at Moderna Therapeutics’ manufacturing facility, in Norwood, Mass., including president Dr. Stephen Hoge, are working from home as recommended by public health officials, but those involved in manufacturing what may be the first vaccine against the novel coronavirus are ready to scale up production if the first phase of testing on the vaccine shows that it’s safe.

The vaccine will be studied first in a group of 45 healthy volunteers, who have not been infected with SARS-CoV-2, the virus that causes COVID-19. In this group, scientists are looking to see if the shots are safe, and to test three different dosages to see which seems to activate the strongest immune response. If these initial subjects don’t develop any severe side effects or reactions, then researchers will recruit hundreds more healthy volunteers to confirm those results,

For the first phase, Moderna shipped hundreds of vials of the test vaccine to the National Institutes of Health (NIH), which is overseeing the study in multiple centers in the US. For the next, says Hoge, “it will be several fold, maybe five-fold larger than the first phase. We are talking thousands of vials.”

And if the vaccine proves not just safe, but also successful, the company is preparing for an anticipated “incredible demand to scale up the vaccine very, very quickly,” Hoge says, “we have already started to do work to scale up to producing millions of doses.”

That’s made possible, in part, by the non-traditional technology used to make this particular vaccine. Moderna uses mRNA, a genetic form of the virus’ genome, in its vaccine. When it’s injected into people, cells then process it so immune cells can recognize it and target it for destruction. Unlike the processes used to make most traditional vaccines, this method does not require growing huge amounts of the virus, which is time-consuming.

It’s also why the vaccine was developed in record time. Chinese researchers first posted the genetic sequence of SARS-CoV-2 in mid-January, and by Feb. 7, Moderna had vials of the vaccine ready for the standards-testing needed before the treatment could be cleared for human trials. By the last week of February, that was completed and the company sent vials to NIH for further review by its scientists. Then both Moderna and NIH filed for a request to the Food and Drug Administration, which regulates trials of experimental therapies, to start injecting the vaccine in people for human testing.

Hogue is hopeful that his team can continue to shave valuable time off the process while producing a safe and effective vaccine. “The original goal when Dr. Anthony Fauci [director of the NIH’s National Institute of Allergy and Infectious Diseases] first announced the vaccine, was to get it into humans in roughly three months. We managed to do that in 63 days, so we already demonstrated the ability to move a little faster than expectations,” he says. “We have an ethical responsibility to build the data and show the vaccine is safe and effective, and to do that in a sequential way. Still, every chance we have to continue to demonstrate that we can pull the timeline in, we will take.”

Testing on patients who have contracted the virus may still be months away, and Fauci predicts that the trials may not conclude for another 12-18 months. But in the meanwhile, every week, day and minute count. “From the very beginning, this was a race, a race against the virus,” says Hoge. “If there is anything we learned in the past month, it’s that we need to keep pressing every time advantage that we can.” 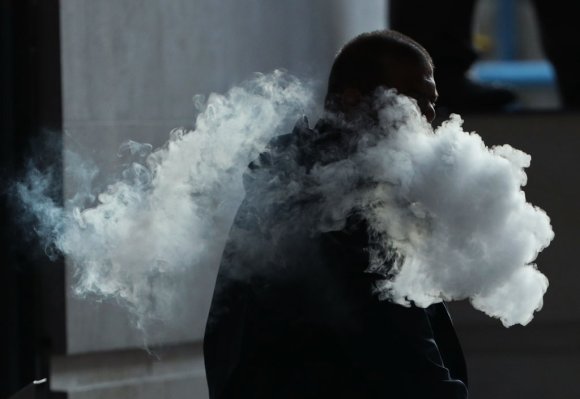 Is There a Link Between Vaping and COVID-19?
Next Up: Editor's Pick