Woody Allen's Publisher Cancels His Memoir 4 Days After Announcing It

After an intense backlash both online and within the company, the Hachette Book Group will no longer publish Woody Allen’s memoir.

“Hachette Book Group has decided that it will not publish Woody Allen’s memoir Apropos of Nothing, originally scheduled for sale in April 2020, and will return all rights to the author,” a representative for Hachette wrote in a statement to TIME on Friday.

“The decision to cancel Mr. Allen’s book was a difficult one. At HBG we take our relationships with authors very seriously, and do not cancel books lightly. We have published and will continue to publish many challenging books. As publishers, we make sure every day in our work that different voices and conflicting points of views can be heard.”

The statement also responded to internal backlash over the book at the publishing house: “Also, as a company, we are committed to offering a stimulating, supportive and open work environment for all our staff. Over the past few days, HBG leadership had extensive conversations with our staff and others. After listening, we came to the conclusion that moving forward with publication would not be feasible for HBG.”

On Monday, Hachette announced that it would publish Allen’s autobiography on April 7 under its Grand Central imprint. But the announcement was quickly criticized due to allegations that Allen molested his adopted daughter, Dylan Farrow, when she was a child. Allen has denied the accusations.

“Hachette’s publishing of Woody Allen’s memoir is deeply upsetting to me personally,” Dylan Farrow wrote on Twitter, adding that she was never contacted by fact checkers to verify any information in the book. “This provides yet another example of the profound privilege that power, money and notoriety affords.”

Ronan Farrow, Dylan’s brother and a journalist who extensively covered the allegations of sexual abuse by Harvey Weinstein, announced earlier this week that he would no longer work with Hachette as a result of the memoir. (Weinstein denied the allegations but was convicted of rape and sexual assault.) Farrow’s book Catch and Kill, which depicts how powerful men wield their influence to silence accusers, was released under the Hachette imprint Little, Brown. “Hachette did not fact check the Woody Allen book,” he wrote on Twitter. “It’s wildly unprofessional in multiple obvious directions for Hachette to behave this way.”

On Thursday, dozens of Hachette employees staged a walkout of their office building in midtown Manhattan. An email from TIME to Vanessa Mobley, the executive editor of Little, Brown, was returned with the following automatic reply: “This afternoon, the staff of Little, Brown and Company have walked out of the Hachette New York offices in protest of the company’s decision to publish Woody Allen’s forthcoming memoir. We stand with Ronan and Dylan Farrow and survivors of sexual assault.”

The decision comes at a tumultuous time in the publishing world in which online outcries have resulted in the marginalization or cancellation of controversial works. Today, Oprah released new episodes of Oprah’s Book Club which grapple with the outrage she faced in selecting Jeanine Cummins’ American Dirt, a book so polarizing that Cummins’ publisher canceled her tour. This week, Kate Elizabeth Russell’s My Dark Vanessa was dropped from Oprah’s Book Club after suffering its own controversy. Last year, the author Amélie Wen Zhao pulled her young adult novel Blood Heir after being criticized for her depictions of race and slavery.

A representative for Grand Central Publishing declined to comment. Ronan Farrow did not respond to a request for comment. 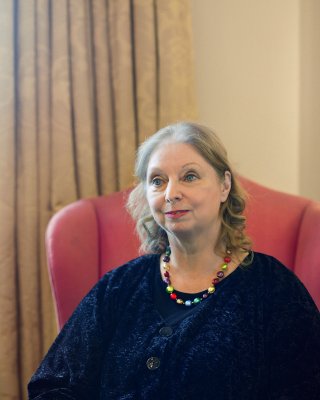 Hilary Mantel on 'The Mirror and the Light'
Next Up: Editor's Pick