The Ahi Challenge Got Everyone Shaking All Over

The most recent dance craze turned meme to come from TikTok is the so-called Ahi Challenge (don’t worry, despite the fishy name it’s safe for vegetarians), is a hip-shaking dance routine set to a reggaeton beat.

It all started on January 24th, 2020, according to meme database Know Your Meme, when TikTok creator Rodrigo Contreras, a.k.a. @elrodcontreras, posted a video showing a quick dance routine set to the 2017 reggaeton song “Tra Tra” by Nfasis with its catchy chorus of “Ahí, Ahí, Ahí”.

The video racked up 1.1 million likes and caught the attention of TikTok star Charli D’Amelio who decided to give the dance moves a whirl a few days later. That video quickly racked up more than eight million likes and the dance routine started to spread across the social media network as other users swung their hips to the song.

Soon the gauntlet of the so-called Ahi Challenge was being picked up in malls, on escalators, and in bedrooms around the globe and even by a few celebrities, including This is Us stars Susan Kelechi Watson and Sterling K. Brown.

While this isn’t the first dance to go viral, but users may be willing to give the Ahi Challenge a try because its moves are much less complicated than the Renegade dance, created by 14-year old Jalaiah Harmon, whose viral choreography merited a profile in The New York Times.

Now 3.8 million videos (so far!) have been added to a growing body of Shakira-worthy hip-shaking videos that are as fun to watch as they are to emulate on TikTok or on your couch. The 1.5 billion views the videos have racked up so far, can’t be wrong: 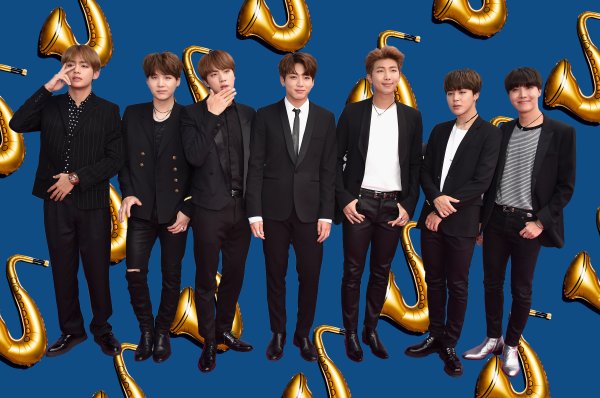 Your Guide to the Best BTS Memes on the Internet
Next Up: Editor's Pick