If you don’t already have a fear of the ocean, then this marine biology student’s TikTok videos may have you rethinking your stance on the matter.

Thanks to Cornell University freshman John Dombrowski, TikTok viewers can now get a crash course in some of the more terrifying aspects of the ocean and other large bodies of water, including the creatures that live in them.

Dombrowski has posted over 300 TikToks since joining the video-sharing site in September 2019, a number of which cover marine-themed topics ranging from “Horrible ways to die in the ocean” to “Ocean facts that will make you feel really small” to “Animals that can kill you the fastest in the entire ocean.”

It has been these clips, as well as his makeup tutorials and takes on life as a student, that have earned him over 1.1 million TikTok followers in just about five months.

As for why he chose to center his TikTok presence on his college major, Dombrowski told the Cornell Daily Sun that, in addition to the fact that he’s had a lifelong passion for marine biology, it just seemed like the right move for him.

“I can’t dance, I’m not hot, I can’t do the thirst traps or whatever,” he explained. 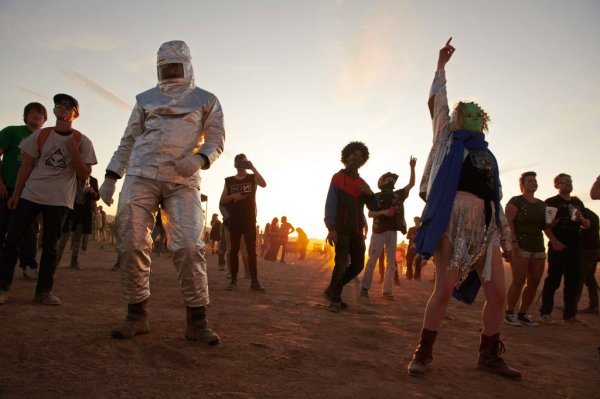 The Area 51 Festival Alienstock Is Coming Back for More Because the Storm Rages On
Next Up: Editor's Pick