By 2012, Maria Ressa had already had an impressive career in news when she and three other women started Rappler, aiming to serve a Filipino population rapidly moving online. But the news site turned into a global bellwether for free, accurate information at the vortex of two malign forces: one was the angry populism of an elected President with authoritarian inclinations, Rodrigo Duterte; the other was social media.

In the Philippines, the Internet largely exists on Facebook, because the platform offers free data through its mobile app. But it fell to Ressa’s reporters to expose dozens of fake and spam-heavy accounts Duterte supporters used to manipulate the online discourse that many now mistake for reality. For her trouble, Ressa was subjected to an online hate campaign and multiple arrests.

TIME named Ressa a 2018 Person of the Year, including her with the staff of the Capital Gazette and others as a Guardian in the War on Truth. Since then, she has continued to navigate the murk between social media and despotism, calling out her findings to the rest of us at the risk of her life. —Karl Vick 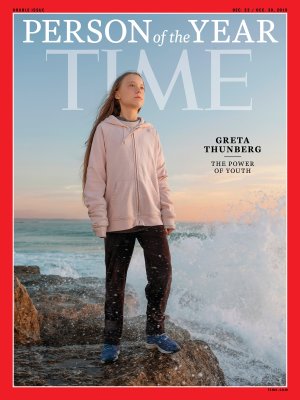